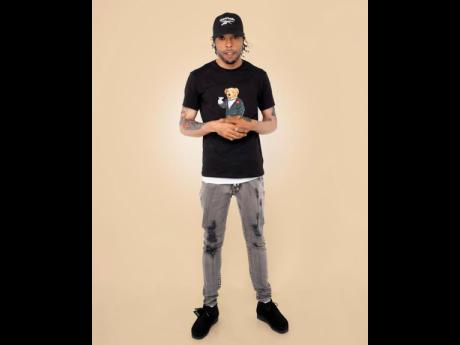 It is not very often one hears of a DJ who twins his craft with that of being a farmer, but this is the case with up-and-coming artiste Ruddy of Cary Park, Duncans, Trelawny.

The artiste, given name Mario Watson, said he began investing in livestock farming after he became a father.

"I juggle both, and have no regrets," said the entertainer who feels that his latest single, Girl Get Crazy, will help him secure a foothold in the business.

Ruddy said he takes inspiration from prominent dancehall artiste, Vybz Kartel. "I admire the artiste to this day. Many of his songs bring back a sense of hope to dancehall," said the Trelawny native who also lists Chronic Law, Tommy Lee Sparta, Charly Black, Squash, Buju Banton and Bounty Killer among the entertainers whose works he admires.

Not surprisingly, Ruddy hopes to reap their level of success in the music business in the near future. Commenting on the hot-button issue of whether gun lyrics influence crime in society, Ruddy said that violence in society has more to do with the value people place on each other's lives.

"Dancehall should not be made as a scapegoat in this matter," he said. "Societal views on morality have decreased. People's standards have decreased, they do not value another person's life. I would say, crime stem from bad mind - and only divine intervention can help," the budding artise said.