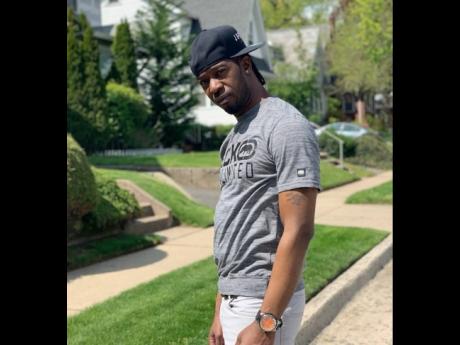 Deejay Rock Supreme is concerned about the frequent incidents of crime and its impact on lives across the island, and shares his concerns on his latest single, Jamaica.

"The song was inspired by the increase in violence and how it's affecting the reputation of the country. Even though violence been going on for a long time now, it would appear that things have really gotten out of control," said Rock Supreme. "I haven't been affected personally, but it's still personal because I've had friends who have been affected in different ways, some even lost their lives and that really hurts, knowing it wasn't worth it. Crime has affected the peace and tranquillity as well as the general lifestyle of the Jamaican people. It's affecting all of us in different ways."

The artiste opined that it will take a collective effort from everyone to solve the crime puzzle.

"I think the younger generation needs more creative and working options, as well as opportunities. After Jamaica became an independent nation, the violence appeared to be mostly politically motivated and the politicians have to take some of the blame, as well as our fellow Jamaican citizens. It's going to take a lot, but nothing is impossible," said Rock Supreme.

He said that he hoped Jamaica will help to bring awareness of how highly Jamaicans are viewed by the world, and to highlight that the violence is turning people away from local shores.

"If we continue, it's probably going to reach a point of global stigma, where Jamaicans cannot leave the island and no one wants to visit us. Now, that would be detrimental to our tourist industry," he said.