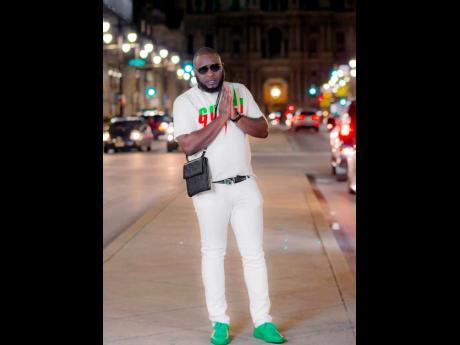 He is currently promoting his single Paper Chase, which was produced on his Global Life Records imprint. The single is a part of the label's Race Out rhythm compilation.

"This project means a lot to me because my brothers and I at Global Life put in a lot of time into this project to ensure our supporters could have the experience of listening to another well-put-together dancehall juggling. We are pleased with how well all the songs have been performing and this has motivated us to start working on our follow-up projects," said G Warrior.

In light of the momentum surrounding the rhythm, G Warrior opted to shoot an official video for his single. It was done in parts of Miami and Philadelphia by XM Media and is slated to be premiered at an official watch party hosted by G Warrior in coming weeks.

While G Warrior continues to diligently pump energy into his career as an artiste, he shares that the production side has its rewards as one of his produced tracks is currently dominating the airwaves. This is in reference to R Embassida's most recent release, Freedom Street, which has been getting heavy radio rotation.