Dillgin wants to be the ‘Mayweather of music’ 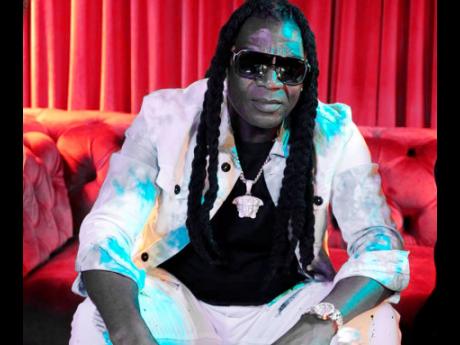 Describing himself as a multifaceted entertainer, recording artiste Dillgin says he has made it his point of duty to dabble in different genres.

Over the years, the entertainer has produced roots rock reggae, lover's rock and a few soulful tracks reminiscent of R&B. Taking on a dancehall persona, the artiste recently released the video for his latest single, Mayweather, a 'paper-chasing' track about fame and fortune. Inspired by the life of American boxer, Floyd Mayweather Jr, Dillgin says he hopes the single can catapult him into new realms in the music industry.

"I want to do this music business like Mayweather do boxing. Out of all a di competitors weh him box wid, he is one of the most successful. Floyd Mayweather is in a league of his own, undefeated. I hope to get to that level where I am one of the best to do it," said Dillgin. The artiste said that after years of trying to find the single that will make him a household name, he believes Mayweather could be it.

"From the song release in December even before the video, people have been saying it's a hit song. Foota Hype, Matterhorn, all the top deejay a say 'Dillgin you find it'. The struggle is real but I believe in this song because kids love it, adults love it, everybody love it," he shared. "Instead a fi talk bout gun and girls and skin out and all these things, I just come with Mayweather that still shows that aggressiveness of dancehall but it really is just me telling people to go after what they want."

In addition to Mayweather, Dillgin is also promoting the tracks Lock Di Road, My Life and Party featuring Sikka Rymes.