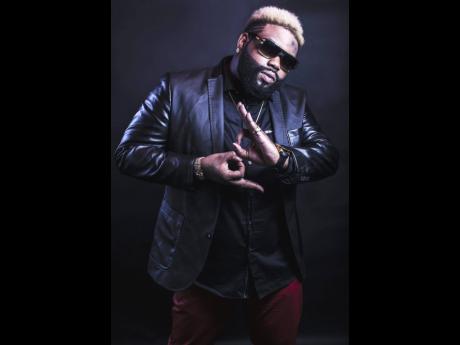 There is no denying that 14 years is a long stretch for any artiste to wait to release a debut album, and dancehall artiste and producer Demarco isn't even trying to go around it.

The always-jovial Demarco told THE WEEKEND STAR, however, that nothing happens before the right time.

Part of that "right time" perhaps had something to do with the birth of his daughter, Melody, who, at nine months old, has an album named in her honour. The other part is that Demarco finally found the right team to make this dream a reality.

"She born in the pandemic and she deh 'round mi 24/7. And, plus, the album have a whole heap of melody so it name after her," the dad of five said, acknowledging with a laugh that the other children may get jealous. But despite his "big chat" that it was their fault for not being born when he was about to drop his debut album, he knows that he will have some explaining and making up to do.

Getting serious again, Demarco, who has released "at least 1,000 songs and [has] been on numerous compilations", pointed out that an album was always on his horizon.

"I have always been telling people that I would love to drop an album but needed the right team in place. I have found that synergy with Ineffable Records, so we signed an album deal. Melody will be released on October 22," he shared.

Demarco joins Konshens, Kes and Turbulence as Caribbean acts who have partnered with Ineffable Records, the label arm of Oakland-based Ineffable Music Group, which owns and operates venues and festivals across the USA and manages and releases music from artistes like Stick Figure and Collie Buddz.

He added, "I am excited, very excited. The album is completed and comprises 16 brand new songs. They are not straight hardcore dancehall, since Melody is geared to the crossover market; however, the songs are on dancehall-reggae beats. There are also collabs with Sean Paul, Shaggy, Konshens, Sarkodie, Stephen Marley and Ky-mani Marley."

The song - and video - with Konshens, titled Mover, is scheduled for release today (June 4). "It is energetic, melodic, with a little bit of Spanish and a nice reggaeton feel," Demarco said.