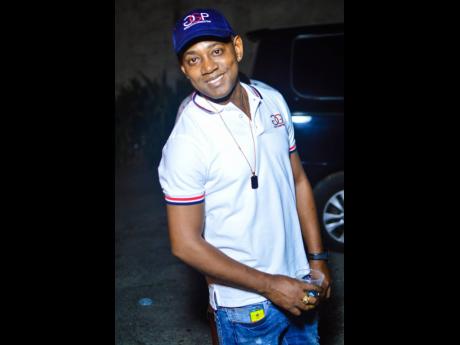 When he released his first project as a producer, dancehall selector Boom Boom said he wanted to take his career to 'higher levels'. That may just come to fruition after UK superstar Stefflon Don joined the list of A-list artistes on his BMW rhythm.

Boom Boom told THE STAR that he was not surprised when the Hurtin' Me singer jumped on the rhythm as it had an undeniable international appeal.

"From DJ Khaled repost the BMW riddim, specifically the Ding Dong song, Man A Star, mi know the riddim did ago hit differently. Mi did expect a international artiste fi voice pan di riddim and remix the Ding Dong song because that was a big look," he said. "The DJ Khaled repost, from mi see dat, mi know say the overseas market ago in tune, mi just never know a who ago jump pan it. When me hear say a Stefflon Don, mi happy, overjoyed. When Ding pull up a mi yard wah day and tell mi say him love the riddim, I was like Stefflon Don bro. It was a great feeling."

Having seen such success with his maiden project as a producer, Boom Boom said this has given him the impetus to go even harder.

"Mi really feel good within mi self. Yuh have whole heap a people weh a produce long time and nah get the look weh me get right now so mi affi grateful," he said. "The sky is the limit for me now, enuh. To be honest, mi can't even tell yuh how far mi wah go wid dis music thing yah." He made sure to 'big up' everyone who have supported and/or voiced on the rhythm.

"Dem memba say a selector buss nuff a dem and decide fi gimme back a strength and mi love dat. Mi colleagues dem gwaan good too. Nuh party nah keep but dem still help push the songs to the streets," he said. "As unu can see, dancehall a gwaan good. Dancehall can't stall. Shaggy, Sean Paul, and Spice have a song weh a mash up the world, Skillibeng just get a big collab wid Nicki Minaj, the culture a win right now and mi just wah be a part of the winnings."