Gianii pleased with ‘No Love’ 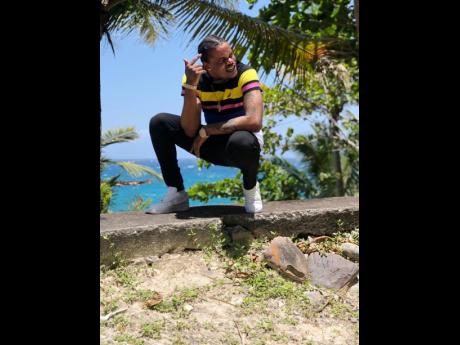 "The track speaks about not getting any love from the ones who you thought would really have your back and letting the world know that if I show you love, I really mean it. This is because where I am from, love is hard to find, and it also speaks about various problems in society that love alone can fix," the artiste explained. "My experiences over the past year motivated me to do a song of this calibre. I went through some tough times on my own and I didn't really see or get much love throughout that period."

Since the song was released, it has been receiving rave reviews. The accompanying music video, which was directed and edited by Kreatemassive, is also being well received.

"The feedback is very crazy. People have been reaching out to me every day showing love and support so I expect #NoLove to do very well as we step up promotion!" the artiste said.

In the game for the past few years, the independent artiste has been steadily reeling out hits, including the highly successful Hush, which has garnered over 38 million views since its July 2018 release.

"In terms of my style of music, I would say I work off my energy and vibe. I love various genres of music so my style is a mixture of melodies and potent lyrics that are catchy to the listening ear," he stated.

After releasing a track and music video last September on his birthday, Gianii took a break from music. Now, with No Love and subsequent releases, he's ready for a new start.

"I'm working on my EP right now as we speak, the name of it is #Level17. A release date for it hasn't been finalised as yet but it will be released shortly," he revealed.