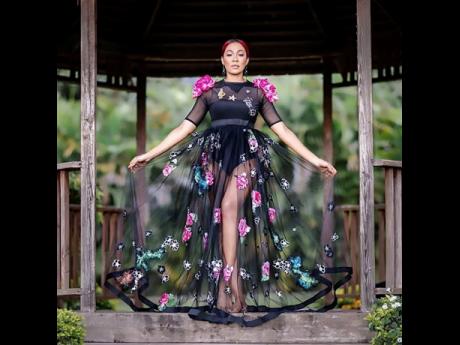 Dancehall artiste D’Angel invites all her supporters to party with her this weekend at Lipstick Sports Bar, located in Port Henderson, to continue the celebration of her birthday. The event, which is being hosted in association with Cookie of Cookie’s Night Club in Portmore, is a chance to interact face to face with the entertainer and to walk away with prizes.

“As part of the one-month celebration of my birthday, even though it is actually on April 1, I am hosting the event Aries Affair to also show appreciation to the supporters of my career and music,” D’Angel said. “It’s also Cookie’s biggest giveaway party, where the patrons will be able to win appliances and even cash. I’ll be out from early to welcome everyone, and I must also point out that this is not a ‘stand-off’ party, but one where persons are urged to get loose and kick off them shoes,” she continued. Music entertainment will provided by DI Unit, Vibes 13 Squad and Hotta Ball, who she said have been advised to play for the women.

She said, “I hate go a party where there is no vibes to dance, and worse, no music for the ladies to dance.” Gates open at 8 p.m.

Church of St Mary presents Hosannah 2019 ‘A Festival of Praise’ featuring a host of talented musicians and choirs at St Mary’s, 99 Molynes Road from 5 p.m. to 7 p.m.