Star of the Month: Get Aquainted with Popcaan 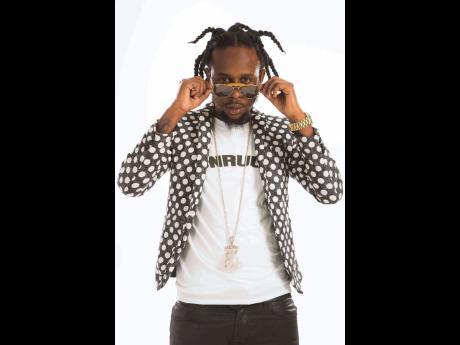 Jamaican dancehall sensation Popcaan has been selected as THE STAR's Star of the Month. As part of our feature, a laudable public figure is selected by our news team, and is afforded stories, insightful articles and interesting tidbits on a daily basis.

Popcaan, whose real name is Andre Jay Sutherland, was born on July 19, 1988. He is currently signed to Mixpak Records. The self-trained vocalist and performer hails from Portmore, St Catherine and has aspired to become a musical great since the tender age of 7.

The Dem Wha Fi Know artiste rose to stardom after approaching Vybz Kartel at an event known as 'My Scheme', where Kartel recruited the young deejay to his Portmore Empire. Kartel played the role of producer and mentor to the then upcoming artiste. When his talent became widely acclaimed, his appearance at major local stage shows such as Sting and Reggae Sumfest soon followed.

Popcaan's breakthrough international collaboration Clarks with Kartel came in 2010 and helped to cement his spot in the dancehall sphere.

While on one of his tours in Canada, the entertainer connected with Canadian rapper Drake, who has publicly expressed his admiration.

In June 2014, Popcaan first appeared on the cover of The Fader in its 92nd issue. He was again featured in November for the release of his Dem Wah Fi Know track produced by YVP Records.

September of 2014 found the artiste nominated for a MOBO Award in the Best Reggae Act category, his fourth consecutive nomination, and won the prestigious award a year later.

Popcaan is not only a musical genius, but also an entrepreneur. He has unveiled his line of Unruly gear, including t-shirts and snapbacks. The streetwear staples have been a hit with the youth locally and internationally.

Popcaan
star of the month