The Sexual Harassment Bill: Part one 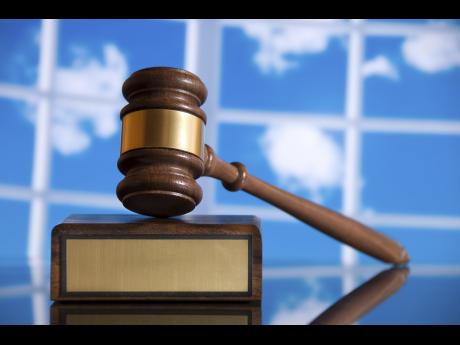 The Government of Jamaica recently tabled the Sexual Harassment Bill for debate in Parliament. If passed, this would be a groundbreaking piece of legislation as, over the years, there has been much talk about the subject but our legislators, seemingly, did not have the courage to enact laws to confront and challenge a culture that seemed to be part of the Jamaican tradition.

Essentially, the proposed act is to prevent sexual advances and harassment in places of employment and in institutions. Towards this end, it provides for the investigation of those complaints and for the prosecution and conviction of those who are guilty of prohibited acts and

Under the proposed Act, sexual advance is defined as any one or more of the following acts, form of conduct or behaviour: physical contact of a sexual nature; a demand or request for sex or sexual favours; the making of sexually coloured remarks or sexual innuendos, sexual suggestions or sexual advances; the showing of pornography or the display of images or objects of a sexual nature; and any other physical, gestural,

verbal, non-verbal or visual conduct of a sexual nature.

The definition of sexual harassment is also interesting as it is defined as "the making of any sexual advance towards a person, by another person, which is reasonably regarded as unwelcome, offensive or humiliating by the person towards whom the sexual advance is made."

The proposed Act seeks to place the obligation on two targeted groups to take steps to prevent sexual harassment. Those are employers and persons in charge of institutions. Those targeted groups will have a duty to ensure an environment free of sexual harassment. Section 3(1) provides that an employer shall make every reasonable effort to ensure that his workers are not sexually harassed in the course of their employment. Meanwhile, section 3(2) provides that a person who is in charge of an institution shall make every reasonable effort to ensure that students, residents, ward, inmates, patients or members, as the case may be, of that institution, are not

sexually harassed. A duty is also imposed on these targeted persons to issue policy statements in writing concerning the prevention of sexual harassment, and for the protection of the vulnerable class of persons specified in the bill.

Sections 5 (1) and 6 (1] set out the duty of an employer and a person in charge of an institution to take appropriate and immediate action to deal with a complaint of sexual harassment. In the event an employer should fail to do so, he would be liable for a failure to act and an aggrieved worker may make a complaint to a special tribunal that is, the Sexual Harassment Division of the Industrial Disputes Tribunal. Failure by the person in charge of an institution to act in relation to such complaints would, likewise, render him liable for failure to act and an aggrieved person may institute civil proceedings for such a failure in the Resident Magistrate's Courts.

The bill sets out a comprehensive list of the forms of sexual harassment and related prohibited conduct as well as the remedies available to an aggrieved person. These matters will be explored in part two of this article. Until then, however, it is sufficient to note that this bill is a step in the right direction as it seeks to dismantle a distasteful practice that, unfortunately, has become deeply embedded in the Jamaican culture.