Hoping for a peaceful election 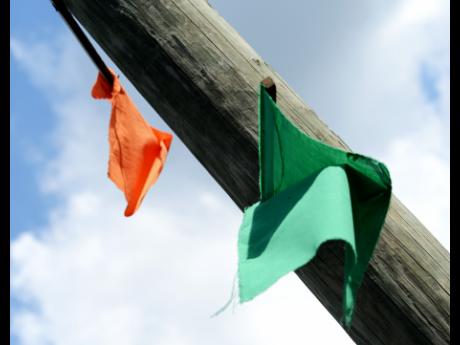 This week a group of men sitting at a street corner were pleased with the news that general election will be held this month.

They embarked on a debate as to which party was going to be the winner on February 25.

A woman who stopped to listen to the men, remarked, " I am pleased that you can be discussing politics without fighting and cursing each other."

One of the men replied, "We have been friends from childhood, and so it does not matter which party I belong to or which party my friends are going to vote for."

"Our friendships and love for one another is more important to us than politics," one of the men said.

The woman, who looked surprised by the responses, said she wished every Jamaican would put love for their fellow men above everything.

"I can never forget how I had to run from my home in St Catherine during one election," the woman disclosed.

When one of the men asked what had happened, the woman said, "Gunmen from a certain party came and ordered some of us to leave the area."

The woman said she had no choice but to pack her things overnight and leave. She said the men had threatened to kill them if they came back the next day and found them.

She said she and her children had to go and live with her mother in another community.

"I hope they do not come with the foolishness of running people out of their homes during this election time," the woman said.

In response, one of the men said, "I am not expecting any political violence in this election."

Commenting further, the man said, "The people now realise that whichever party is in power, things are not going to be handed out to us on a platter."

"You are perfectly right, and this is the reason we have decided to chill out and hope for a peaceful election," one of the men said.

"I know many young people, including my two nephews, wanted to vote but will not be able to do so because they don't reach the age of 21," the woman said.

One of the men told her that he voted in the last election, and was 19 years old at the time so, "I am sure people below the age of 21 can vote," he said.

It states also that the person must attain the age of 18 and "is not by the provision of any law in force for the time being, disqualified from being eligible to be registered as an elector."