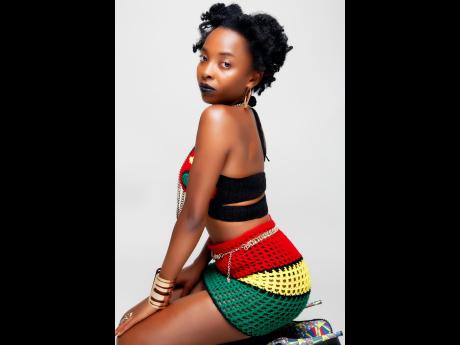 Austrian Dancehall Queen Miss Str8 has made a transition from professional dancer to music performer.

The 2007 Austrian Dancehall Queen winner entered several competitions and has achieved relative success during her dancing career; however, she now looks to try her hands at winning new fans in the music world.

"Competitions opened many doors for me. I travelled across Europe and got a tremendous amount of exposure. I entered other competitions in Italy and Switzerland, where I placed in the top three as well," she told Dancers' Paradise.

The mother of one explained that she stepped away from dancing after giving birth to her son.

"It was important that I spent time as a mother to nurture and put in quality time in the early years. The time away made me also reflect and I started to write songs form my own experiences. When I shared the songs I wrote with my family and friends, they supported my ambition and encouraged me to pursue this aspect of my talents, and so shortly after, I began recording music," she said.

Miss Str8 also told Dancers' Paradise that her decision to become a recording artiste was further boosted by her seasoned skills as a performer.

"It was a fairly easy transition, being artistic from the inception. It completes me as an artiste to have the background of dancing. It does require more confidence to face the crowd. You still have to possess the skill to entertain with your body, along with your vocals," she said.