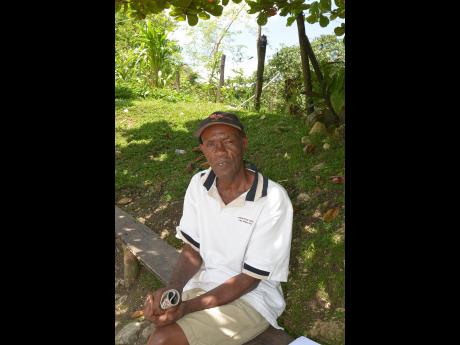 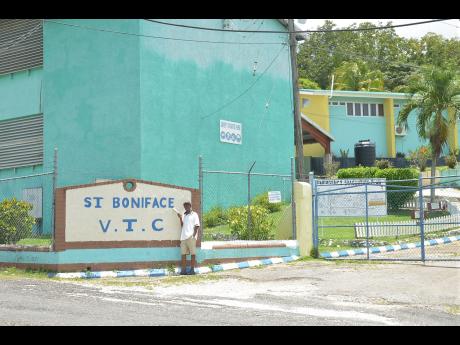 Chambers in front of the St Boniface training centre which was named after him.
1
2

He gave 20 years of his live, 1977 to 1997, to 'protect and reassure' while in the Jamaica Constabulary Force (JCF) and today continues to make his main contributions to Seaford Town, mainly through his church in the Westmoreland community, where he was born and raised.

Chambers, who was one of Seaford Town's first policemen, has been, among other things, instrumental in helping people who are in need of housing through representation he has made to Food For The Poor.

"We have a programme in the church where we visit the shut-ins, if it is even once a month. If they need to go to the doctor and if they get medication and it can't be filled, we take care of that ... . I would even go to Tawes Pen at Food For The Poor and collect food for our food programme and ensure it is distributed to the people that need it," he said.

He dedicates his time to helping the school and training institution in the community. So if the schoolyard is to be cut or raked, Chambers is there; and during fundraisers, he is there in full force.

He said the community is a part of him, and he feels physically attached to it and its residents.

"As long as I can do it, I will do it. The same goes for the church. Whatsoever I can do to help, I do. I see community projects like those, as if I am the owner," he explained. "I have partnership in everything that is happening and if you have partnership in a project, it now becomes yours and you want to see it to the end, and you do everything that is possible to ensure that it is a success and is maintained in that way."

In his years as a policeman in neighbouring St James, Chambers' community activities were far-reaching, even seeing him acting as undertaker in one instance.

"When you are at the outstation, you do every God Almighty thing name police work. You are traffic police, doctor, you are nurse, everything you can think of," he said. "You had to do everything because if you go to a funeral and the pastor no turn up, you as a policeman were expected to do the funeral. If somebody took sick in the community, it was the police station they come [to] for a vehicle to take them to the hospital."