'OUR KIDS ARE SAFE' ... Residents not worried about 'gully play' 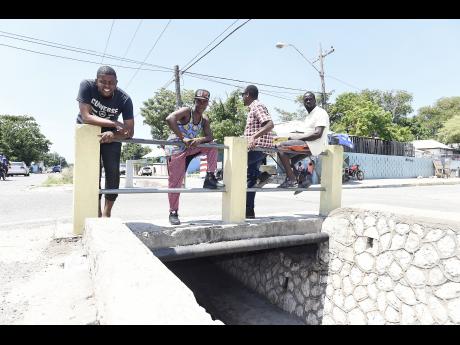 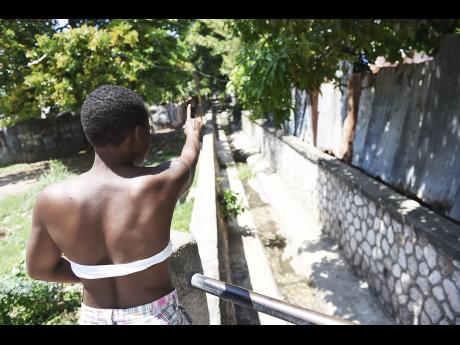 Gladstone Taylor / Photographer Tamika Hendricks shows the gully in the vicinity of Sunlight Street in the community of Maxfield Avenue in Kingston. 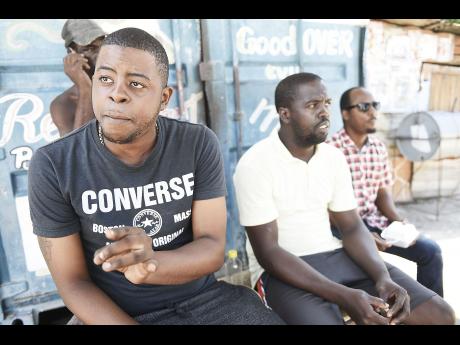 For the past week, the media has been saturated with stories about the incident in which Renaldo Reynolds was swept away in a flooded gully on Collie Smith Drive, St Andrew, and heroically rescued by Tremayne Brown.

It has sparked concerns about children playing in flooded gullies, and stirred fears that a similar incident might recur with the child not being as lucky as young Renaldo to be rescued, especially given the active hurricane season. However, several residents told THE STAR that the unfortunate incident was an isolated one as children no longer engage in the tradition of ‘gully play’.

“That is a back in the days thing. Children nuh too play inna the gullies again. Right now them play football and them have the Internet and their video games. Back in the days, we neva really have them forms of entertainment deh, so we affi find other ways to play and a so the gully thing come into play,” Rockwell ‘Shortman’ Walker, a Trench Town resident who grew up in the 1960s, told THE STAR.

He was among a group of men sitting in front of the same gully on Collie Smith Drive where the fateful incident took place on September 8. They all shared fond memories of their ‘gully play’ from their childhood days, but said that tradition has long died.

“We used to race ‘board horses’ inna the gully. It’s a tradition. We get little fudge sticks, carve them out, rub them down  and  give them names, and put a little razor pon the top so you know your own and put it in the water, and we used to bet on them. We also skate pon boards in the gully and see who can ump ova the gully bank,” Richard Wilson, shared about his 1970s childhood.

The men shared that those days, children were more prone to the dangers associated with ‘gully play’.

“In my days growing up, I hear that some youths wash weh. People say that infamous One Eye Joe (a one-eyed crocodile) and him other crocks them eat them body. That is a back in the days things though,” Christopher Roache, 30, shared.

The stories were similar over on Sunlight Street in Maxfield, St Andrew, which also has a gully running through the community. A group of women told THE STAR that they enjoyed playing in the gullies as children, but an incident some 15 years ago scared them into their senses, and they have passed on the knowledge to their children.

Simone Anderson of Sunlight Street shared that a little boy called Dane, who was about eight years old at the time, was standing along the gully with a group of other boys observing ‘gully comedown’, when he fell into the rushing water.

Unfortunately, there was no Tremayne Brown to save him, and he was found days later partially decomposed with fish feeding off his body.