Testimony : God made a way when she couldn't find one 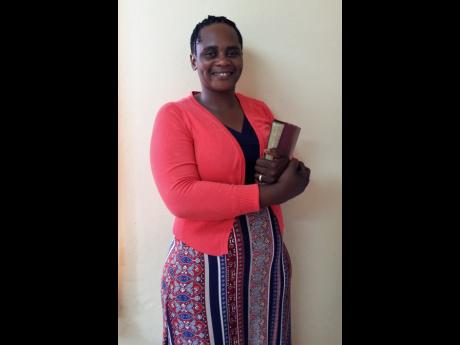 Two decades have passed since Kaycena Murray surrendered her life to Jesus Christ, and she said she has no regrets.

She was baptised at the United Pentecostal Church at Christiana in Manchester, but is currently a member of the Emmanuel Apostolic Church in Trinidad and Tobago.

Murray proudly shared that she is a praise and worship leader at the church, where she also serves as an assistant in the missions department.

Murray said she has much to give God thanks for, because He has always seen her through difficult moments. The mother of eight said she has plans to return to live in Jamaica, and some of her plans have already been executed.

"I have four children who I needed to attend school here in Jamaica. Two weeks before we came back here (Jamaica), we knew not where the money was coming from to purchase our airline tickets. Each ticket was US$400," she said.

The church worker said she was saving the funds to purchase the tickets, but had several bills to pay.

"I went before the Lord and I said 'Lord, you will have to show me a way'. The Lord said 'that money that you have I want you to take it and go and pay the bills'," she said.

Murray said she questioned God and told Him that He could not have been serious, because that money is to send her children to Jamaica and she had no other way. But she paid the bills anyway.

"One morning I was praying and the Lord said to me, 'the people that you are looking to for help are not the ones who are going to help you'," she said.

A church sister came to visit her and told her that her mother was going to help. She said the visitor's mother lives in the United States and called to ask how much money she needed.

"I had told the Lord that if He give me the tickets I would work everything else out. I said I needed $10,000 in Trinidad and Tobago currency. Before I hung up the phone, the lady told her daughter to go to the bank and draw the money to give to me. I was so astonished," said Murray.

She also told God that she wanted schools for her children to attend, and the Lord helped her to get all of them enrolled at the start of the 2017 academic year in Jamaica.