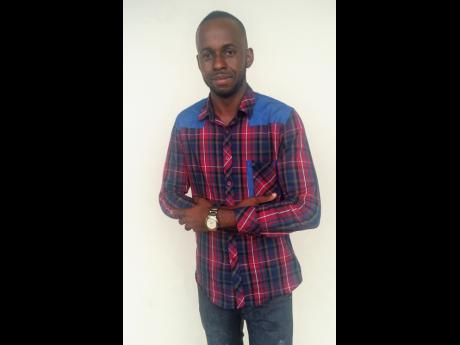 The Bible tells us in the Book of Ecclesiastes 11:1, 'Cast thy bread upon the waters: for thou shalt find it after many days'.

Well, one Christian who can truly identify with that scripture is Evangelist Michael Taylor of the Worship and Faith International Fellowship Church in Spanish Town, St Catherine.

Taylor, who is university trained, testified that following graduation in 2010 he was in search of a job but was unable to gain employment. He shared that he sent out several applications but was not lucky to be employed.

But one day he went to church and believed that the Lord was going to provide him with a job.

SOW A SEED OF FAITH

"It was my fifth anniversary, and I decided to sow a seed. I sow the seed after not being able to get a job, but I joined up with some people and sow a seed of $5,000. Five representing favour, and within two weeks after the seed was sown I received a call for a job interview supernaturally," testified the young evangelist.

Taylor said that he went into the interview where there were several other persons trying to get employed for one position. He added that he got the job due to the fact that he sowed a seed of faith, and the Lord saw it fit to bless him in return.

"I want persons to know that God is a miracle-working God, and sometimes the visible tries to block the invisible. There is an invisible world trying to block you. There are devils and demons trying to stop what God has in store for you, and you need to just believe God, keep sowing, keep praying, keep giving, and watch God move in your life in a grand way," recommended Taylor.

The young church leader noted that whatsoever one sows, he shall reap. He added that the Book of Malachi tells us not to withhold our tithes, because if that is done we will be regarded as thieves.

He stressed that there is a principle on which God operates as it relates to giving to Him (God).

"When you give to God, He will release to you. And if you practise that principle, you will begin to see God moving in your life in a grand way. I am convinced that because I gave to God, he gave back to me. After trying for several years, nothing happened until I went into a service and was anointed and I sowed a seed faith offering, and the Lord blessed me. I did not even send in an application or a rÈsumÈ and my name was placed at the top of the list to be interviewed, and I was chosen as the one for the job," said Taylor.

Taylor has been a born-again Christian since 1998. He has been a member of the Worship and Faith International Fellowship Church since 2010.