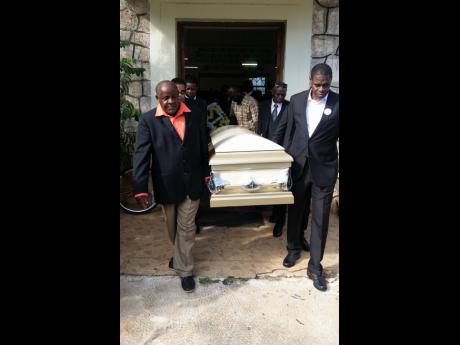 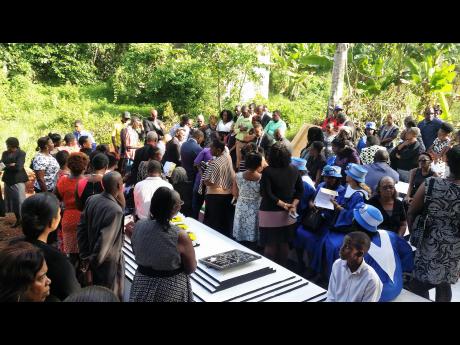 The Bethany Baptist Church in St Ann was packed last Saturday, as scores of mourners turned out to give the family of the late Jennifer McFarlane-Hassan their support, and to pay their last respects.

Tribute after tribute spelt out that she was a woman of small stature but big in heart, with kindness, love and ambition.

McFarlane-Hassan, who was an employee at Plantation Inn in the parish up to the time of her passing, was sent home with colourful tributes.

Hazel Sydial, who said she lost a true friend, told mourners that the deceased was a most hardworking and respected person, who got along well with others.

Allan Ingram noted that McFarlane-Hassan loved washing, and he, like many others, stressed that a gem and a pearl has gone home to be with the Lord.

For Valenton Wint, the late McFarlane-Hassan was loving and kind, and one who lived in the fear of the Lord. He added that her challenges with ill-health did not deter her from acknowledging that God is the giver of life.

Wint acknowledged that she was a good example to her community of Bethany and wherever she went.

There were two remembrances. In the first, Beverley Reid, a member of McFarlane-Hassan's church family, said 'Sister Jennifer' was caring and had a wonderful personality.

"She was loved by everyone, especially the elderly. Jennifer loved to visit the sick and to do chores for them. She would go miles to see those who were in need. She was a woman on whom many depended. She was most trustworthy, and all trusted her wherever she went," said Reid.

In her remembrance, Phyllis Black told mourners that McFarlane-Hassan was a real child of God. She added that she was a sister, daughter and a confidante who touched many lives.

"She was one in a million. She was everything to me. Jennifer loved to help everyone, especially the senior members of her church and community. She was a woman on a mission, who knew she did not have a long time on earth. She was a woman of order who did not like to see things out of place," said an emotional Black.

Delivering the eulogy, nephew of the deceased, Paul McFarlane Jr, said his aunt knew how to deal with matters and how to arrive at amicable settlements.

"My aunt loved the hospitality industry and she worked with pride at all she did. She was a real industrious woman, who was a true ambassador. She was most gentle with animals. She was a real lover of people, for whom she had a passion, especially when they were in need," he said.

McFarlane-Hassan, who was born on September 5, 1961, has left behind her parents Alvin and Margaret, three brothers, one sister and a host of other relatives and friends.

Her body was laid to rest in the family plot at Bethany.