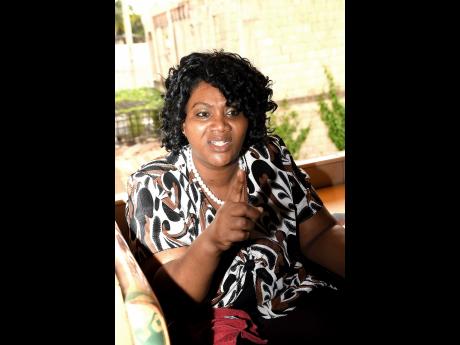 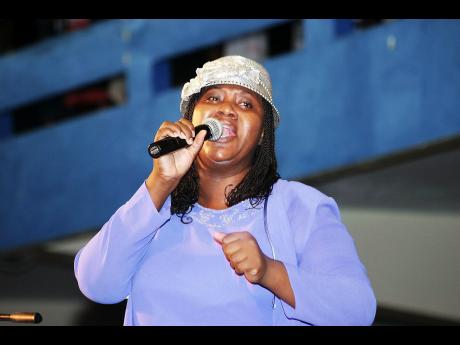 Since then, the regular serving of full-length gospel projects from the evangelist has stopped, and she puts it down to being sidelined, even ostracised, by the Church. And it is the Church which she demands must Rise Up. Rise up is the first and, it is intended, only single from her upcoming album set to be released in June this year. If there is no album, Evangelist Brooks told THE WEEKEND STAR, there will be an EP.

CHURCH TURNING AGAINST HER

However, Brooks said that in the midst of some elements of the Church turning against her for being outspoken in her criticism, "God has given me several songs."

So, in the spoken introduction to the uptempo Rise Up, Brooks says: "This is a warning to the Church of the living God." She also urges the church to be steadfast and "stop tolerating and compromising", as "the coming of the Lord is at hand".

Among the specific areas of the Church's shortcomings which Brooks pointed out to THE WEEKEND STAR are the use of money to construct huge buildings while Church members are in need and feeding programmes that fall way short of what they can do. Still, Brooks makes it clear that she has not given up on the Church or Jamaica. She told THE WEEKEND STAR that God has guided her to collaborate with one man of the cloth in particular. He is Bishop Troy Grant, based on Burke Road in Old Harbour, St Catherine.

Pointing to the high levels of crime in Jamaica, Brooks said that changing commissioners of police will not help, as the perpetrators need salvation, which a Church that is now divided cannot effectively offer.

"It is deliverance time now. The Church has to come together and take Jamaica by force - street by street, community by community," Brooks, who emphasised her determination to speak out until her last breath, said.