Testimony: God has been good to me 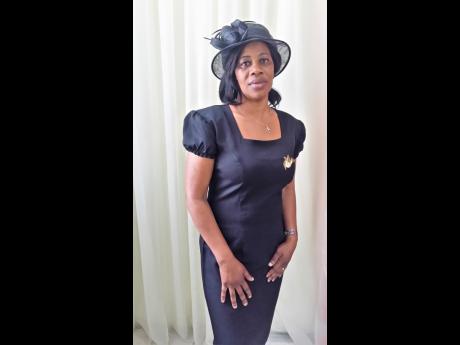 Nadine Johnson has been a member of the Sanguinetti New Testament Church of God in Clarendon since 1999. She currently serves as youth president at that church, and is grateful to God for allowing her to serve Him in such capacity.

Like David in the Book of Psalms, Johnson can testify that she has never seen the righteous forsaken or his seed begging bread.

She testified that God has been good to her, and His goodness cannot be explained.

"The Lord has done so much for me. I do not have words to say what He has done for me, because He is ever so good to me in so many ways. Despite the ups and downs, God has always come through for me. There have been so many times when it seems as if I am not going through, but I just continue to trust the Lord, because whatever you ask Him to do, He will do it for you," Johnson said.

She shared that when she was living in a rented house some time ago, she was given one week by her landlord to vacate the house. She said that when she went to live at the house, she was told that she could have lived there for as long as she wanted, but the landlord changed his mind after.

"They told me that I could live there for as long as ever. I don't know what happened, but the landlord came and gave me notice to leave the house within a week. I had nowhere to go, no one to turn to, but I asked the Lord for direction," shared Johnson.

She said that God was so good to her that within no time, He provided her with a house of her own. This, she said, became a reality because of God's blessings.

"He provided me with my own house within three weeks. I got my own house, and now I am living there not having to pay any landlord any rent. I was so surprised when I was called to say my house was ready. God really stepped in at the right time," bragged Johnson, who said that after leaving the rented house she went on her knees and prayed for her breakthrough.

Johnson recalled being sick at one time to the point where she thought she would have died, but she believes that the healing power of Jesus Christ touched her, and today she is rejoicing.

"I am excited about the goodness of God in my life. I am grateful to Him for delivering me out of all my challenges. And I continue to believe that no matter what the circumstances, no matter what the traps and plans of the enemy, the Lord will be there to see me through." Johnson said.