Check Up: What is happening to her breasts? 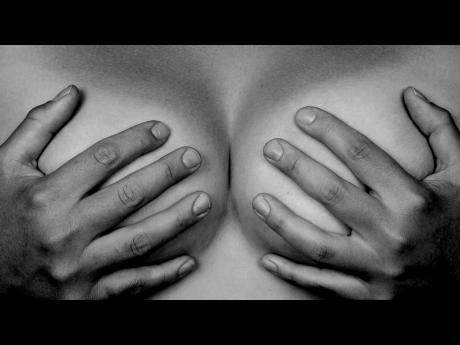 Paulette is a 26-year-old young woman who notices that her nipples both have a significant white discharge which looks like milk.

She has noticed this for some time now and has ignored it, but a friend recently had a breast removed because of breast cancer, and her partner thinks she should have her nipple discharge checked out.

Paulette, your partner is correct, not that you have anything to be seriously worried about with the breasts at this time.

Many women do have mild to moderate clear to white nipple discharge while having normal breast tissues and normal hormonal levels.

It is also very unusual to have serious breast disease occurring in both breasts at once! Still, nipple discharges should be examined by your doctor before taking it for granted that all is well!

One fairly common cause of a milky-looking discharge from both breasts is an overproduction of the hormone, prolactin.

This may be associated with abnormal monthly periods and a tiny, non-cancerous brain tumour found in the pituitary gland, called a prolactinoma.

This condition can be confirmed with an inexpensive blood test and can be treated with medication.

All the same, when nipple discharges are seen, it is always best to have a breast check-up with your doctor, as well as do your breast ultrasound if you are under 30 and your breast mammogram above that age.

Many doctors will order both tests in the older woman as where the breast is concerned, it's better to be safe than sorry where ruling out breast cancer is concerned!

That is because, especially when nipple discharge is from a single breast only and is coloured and even blood-stained, breast cancer is a possible diagnosis.

Nursing mothers can have a problematic, coloured nipple discharge due to mastitis, a painful infection which can occur in the breast with breastfeeding and which will resolve with antibiotic prescription and with expressing and discarding the infected milk.

Another cause of a dark-green or even bloody nipple discharge is duct ectasia; this is due to changes in a nipple milk duct which becomes blocked and produces the sticky, coloured discharge.

The condition is usually seen in older women and is not associated with breast cancer at all. Sometimes it will resolve itself if left alone or, at other times, it will need antibiotic treatment.

A bloody nipple discharge is never 'normal' and should never be ignored, but the colour of a discharge cannot be used to decide if all is well.

Abnormal discharges can also be clear and white-coloured! Some women even worsen nipple discharges by continually squeezing the nipples to check on them. This just inflames the nipple and increases the amount of discharge seen.

Some causes of breast nipple discharge include:

• Chafing of nipples with exercise such as jogging

The likelihood of a discharge being related to breast cancer is greater if this is associated with a breast lump. However, there is intraductal breast cancer and the rare Paget's disease of the ducts of the nipple, which can also be of concern and which are confined to the nipples at first.

These conditions, except for those related to pregnancy, also occur in men. Any person experiencing a nipple discharge which is even slightly worrisome should visit a doctor for examination.