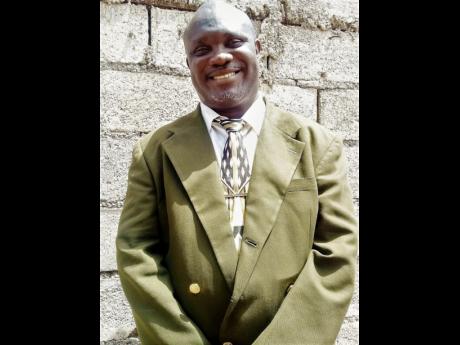 Elder Verol Dixon of the Cascade Seventh-day Adventist Church in St Ann believes that with God, all things are possible.

Dixon's testimony is that he got married in 2008, and five years into his marriage, it was discovered that his wife was being affected by ovarian cysts and was unable to get pregnant.

She thought that she would never be able to have a child.

"I was the more optimistic type. I really thought that if the Lord wanted us to have a child, He would make the way. I would normally say to her, when God is ready, we will get one. Doctors said it was like a one out of 10 chance that she would have got pregnant. I believed that if there was a one chance, then she would," said Dixon.

Dixon said during the seventh year of their marriage, his wife became pregnant.

He said she discovered this on her birthday that year. But five months into the pregnancy, she lost the embryonic fluid that, among other things, keeps the baby moving in the womb.

"She had to be admitted to a hospital from the fifth month. Every ultrasound that was done showed that the baby was crossway inside the womb, unable to move around. The doctors said they would have had to take the baby. They said the baby would not live because its lungs would not be properly developed, along with other organs," said Dixon.

The churchman said the doctors asked for permission to take the baby, but Dixon and his wife refused as they believed that God likes to work when nothing else will.

He said they decided to take the chance of potentially having a deformed baby despite the doctors' advice.

Dixon said that in the sixth month, his wife began to feel pain and had to do an operation to have the baby removed. The cost was J$160,000.

Dixon said he prayed for God to help him because he didn't know where the money was coming from.

But on her way to the operating theatre, his wife had the baby.

"She said they were pushing her on the stretcher to the operating theatre, and as she reached the door to enter the theatre, the baby just pushed out," Dixon said.

Dixon said cold bumps covered him when he heard the news.

"I said I just prayed this morning and asked God for the money for her to have the operation done, and God did the surgery himself. That $160,000 was cancelled instantly by God," testified Dixon.