Call To The Bar: Dwayne’s Tavern is a favoured spot in Bamboo 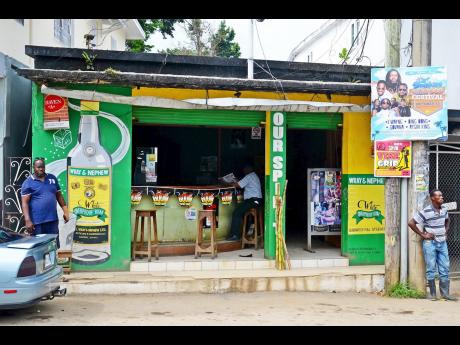 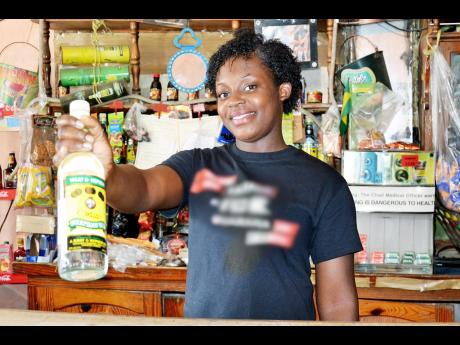 Have a drink at Dwayne's Tavern. 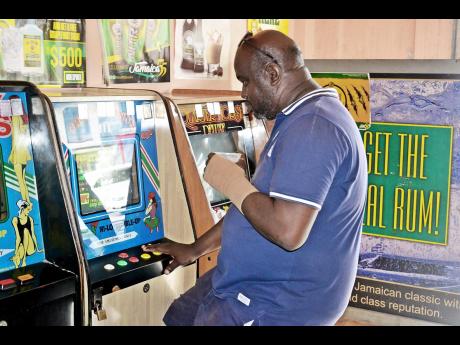 It may be your lucky day on the gaming machines.
1
2
3

For 21 years, Dwayne’s Tavern, located in the heart of Bamboo district in St Ann, has served the people’s favourite beverages. And the tradition continues.

“Business has been relatively good,” admitted owner and operator Garfield Evering as he spoke with THE STAR on Tuesday.

Evering implied that his bar was in an ideal location, as according to him, his bar is “picked out” as the place to drink because of it strategic location — in the town square.

He said this accounts for the high level of passersby who support his business, in addition to the countless residents in the immediate and nearby communities.

The surprising thing though, is that Evering picked Sunday as perhaps the busiest day for his bar.

But irrespective of the day, one thing is certain, “The dominant product is Wray and Nephew white rum, which they usually concoct with Campari and sometimes other chaser.”

Outside of the wide assortment of alcoholic and non-alcoholic beverages served at Dwayne’s Tavern, there are lots of other reasons why the spot is the preferred one to chill.

Evering explained: “When people come to Dwayne’s Tavern they can enjoy good service, they can have meaningful conversations. We discuss topical issues such as politics or sports."

"In addition we have gaming machines so people can enjoy themselves and may even get lucky. We have music, we have cable, people come here to watch Champions League and Premier League football, stuff like that," he said. "We have average amount of entertainment here. So it’s more than just having a drink; we drink, we watch TV, we chit chat.”

Dwayne’s Tavern also caters to non-drinkers. A gentleman who sat at the counter throughout the interview and who gave his name as Leroy, said he doesn’t drink but he still visits the bar.

“I’m not a drinker but I always like to come to this bar because as you see, him always buy paper for people to read. So I read the papers, we talk politics or whatever is taking place in the country,” Leroy said.

Evering in the meanwhile, has expressed appreciation to Wray and Nephew for the promotion which highlights community bars islandwide.

“I appreciate it because I support them well, you know,” he said.