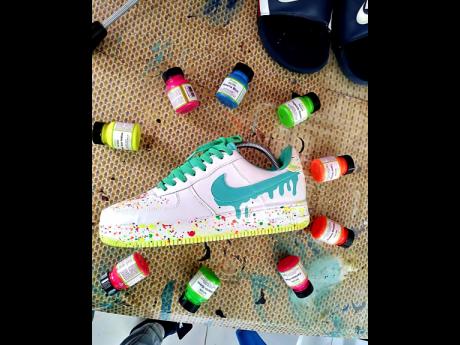 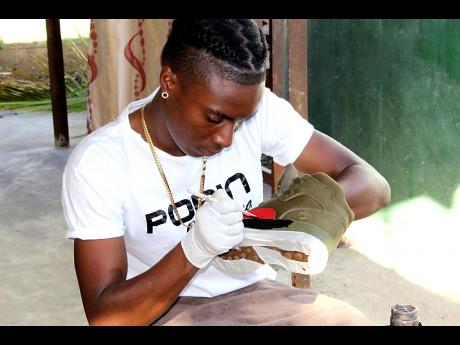 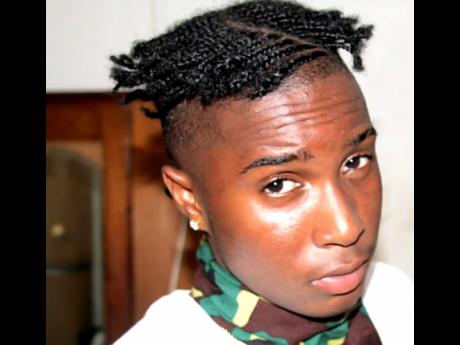 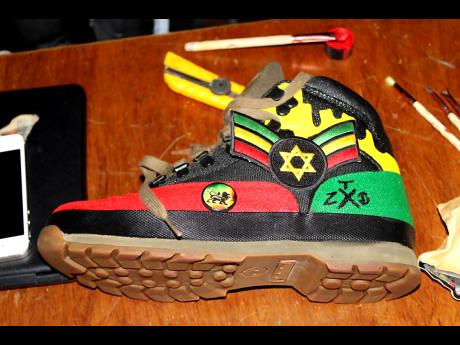 A few months ago, Zanory Pepgrave was invited to a J'Ouvert party and thought his attire needed to conform to the event's theme.

While his clothing was deemed acceptable, he felt that he needed to make his footwear more colourful, so he adorned his sneakers with paint.

"When I got to the party, my shoes made me the centre of attention, and everyone wanted to know where I got the Air Force I had on. Me write mi name and just splash it up with paint, and right there, persons a encourage me say mi must get real shoes paint. After that, mi and one a mi fren start search the Internet and look at other persons' designs, and wi start practise some more," he said.

Pepgrave, who hails from Point Hill in St Catherine, is known to those in his community as 'Zan the Designer' or 'ZTD'. He started a shoe-painting business, ZTD, with one of his friends, but began designing solo just weeks after.

"The first shoes we do, we get paid $5,000. Mi and mi fren name Christopher deal with it, and the man (customer) like it. At first we used to put up some fake pictures, and when they asked if we could do it, mi say yes, and the work start come in more," he said.

Pepgrave said that his designs are in high demand. Since starting ZTD, he said that he has attended to close to 200 customers.

The 18-year-old explained that he developed a passion for the visual arts while he was a student at Spanish Town High School but never thought he would be earning an income from it.

"Sometimes I wish I had two more hands to design. Jamaicans like to be different, so they will gravitate towards this especially if they like to party. I also design belts and hats as well," he said.

The youngster currently operates his business from Premier Plaza in Half-Way Tree, St Andrew, where he is a member of Team Poppin, a group that also caters to the needs of tattoo and piercing lovers.