My Confession: Bestfriend told my man that I was cheating 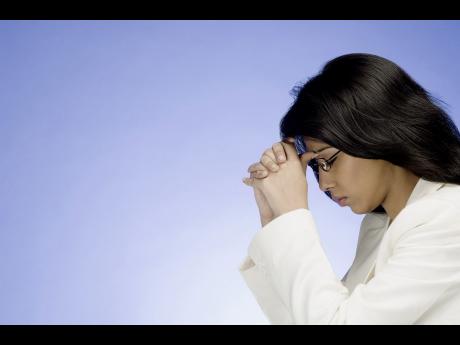 STAR, it's never good to let your friends know your secret. And although I was warned a thousand times, I still had to learn the hard way.

I shared everything with my best friend. STAR, we were so close that she even know the password to my phone.

I lived with my boyfriend of about seven years, and although he would give me everything, I wasn't attracted to him sexually.

STAR, the man couldn't please me sexually, and him like kiss, but his mouth was really stink. Mi love him still enuh, but no amount of toothpaste could help his odour. There were times when I prayed he would close his mouth when we were out in public because I didn't want him to 'rise the pit'.

Anyway, my friend introduced me to one of her friends, and within weeks I was telling my man lies so I could sleep with the new man. The sex was good, and his mouth was fresh as mint.

Our meeting place would be my friend's bedroom. One night she leave and say she a come back, so mi mustn't lock the grill. Mi and the new man lock down and a do we ting. Mi hear the grill open and think a did she. But I was in for a surprise. Right when mi a give di new man the 'blow' a him life, me original man walk in. Mi almost dead. Di bwoy start beg mi man fi nuh kill him and start preach how him never want mi and that I am the one forcing myself on him.

Mi not even know when him leave the room, but after him leave, the stinking mouth man beat mi till mi almost dead. When him finish wid mi and leave, mi go inna the living room go see mi friend a watch TV comfortably. Long after, mi realise say a she tell the man where I was and set up the whole ting.

Long story short, she and 'Mr Stinking Mouth' together now, and mi deh here a face the struggle.