STAR of the Month: Koffee serves up rich reggae music - Says Billboard number one will open doors for other young talent 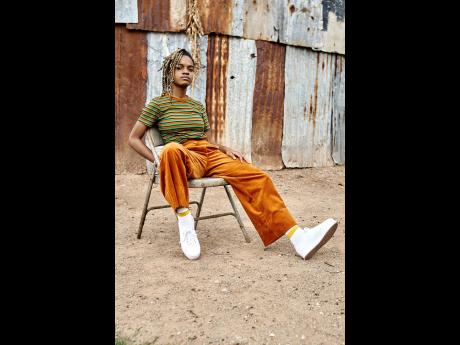 At 19 years old, STAR of the Month Koffee is the youngest artiste from Jamaica to top the Billboard Reggae chart.

Last week, she made history when her debut EP, Rapture, entered the number-one spot on the coveted chart. Although the production dropped to the number-three position this week, her accomplishment is an indication that the world is paying attention to fresh talent.

In an interview with THE WEEKEND STAR, Koffee described the feat as being ‘amazing’, and said that she is grateful for the support she has been receiving over the past few months.

“I just have to give thanks! I’m happy everyone’s enjoying the music. To be recognised on an international level is just amazing,” she said.

“Give thanks for the overwhelming support. I really didn’t expect it when I released the Rapture EP, but it’s good to know that all the hard work my team and I put in is being recognised – not just in Jamaica, but on an international level. It means the world is watching, and they are ready for that fresh new sound coming out of Jamaica.”

Koffee added that her accomplishment will also open doors for other young artistes who are knocking at the industry’s door and waiting patiently for their big break.

“It means a lot, not just for my career, but for other young, up-and-coming Jamaican artistes like myself. The music is being put on the map again, and it’s a gateway for similar acts to be recognised by not just the local industry, but the international one as well.”

Koffee’s Rapture has five tracks, three of which were pre-released ( Toast, Throne and Raggamuffin). The other two tracks are Blazin, featuring Jane MacGizmo, and the title track, Rapture.