Call to the Bar: ‘Suckoo’ gives patrons what they ‘Feel Fa’ 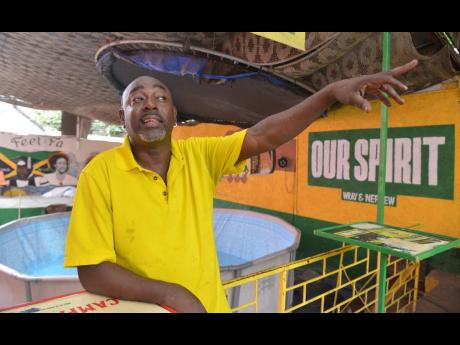 George ‘Suckoo’ Smith explains how he created Feel Fa Bar and what it means to central Kingston. 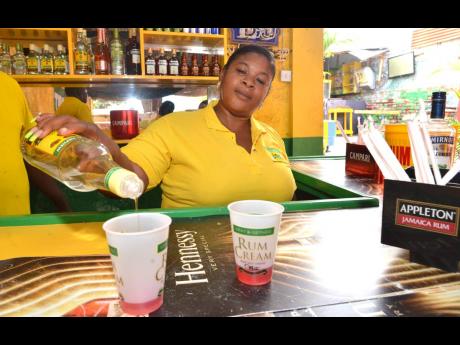 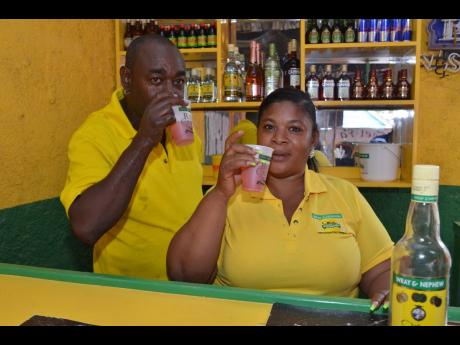 Cheers! George ‘Suckoo’ Smith and one of his four bartenders, Sofia Henry, take a break to enjoy some of the ‘good stuff’.
1
2
3

In his football-playing days, George ‘Suckoo’ Smith was a midfield general; now he’s using that leadership and vision to run Feel Fa Bar.

For those who went to school with him (Kingston Technical High) or played with and against him, the last name might sound strange.

That’s because throughout his high school career, he was George Martin. He would later do a deed poll to change his surname to that of his stepfather.

Whatever his name, for the people of central Kingston, particularly Hanover Street and surrounding areas, Smith runs more than just a bar; it’s a community haven.

“It has been holding the downtown area together for 12 to 15 years,” he said, noting the bar spearheads various community programmes.

The community focus is appropriate, as the bar’s location originally housed the basic school he attended.

“It was Ms Goodrich basic school,” he smiled. “Originally, Feel Fa Bar used to be in front of Central Police Station (on nearby East Queen Street). Then I decided to come here, take down the walls (of the school) and turn it into a bar.”

But football has always been Smith’s passion and he was good at it. He was part of the Kingston Technical (KT) team that won the Walker Cup in 1981, also losing the Manning Cup final to his personal rival, Kingston College.

“Mi nuh like nutten purple,” he laughed. He even made the coveted All-Manning team during his school career. He also played major league football for local giants Cavalier and Santos.

“The last year me play was when Jackie Bell died (1986). Mi hang up mi boots because (I decided) nobody cyaan coach me after him,” he said.

Smith, who was also working at Air Jamaica, went off to play division three football in the-then Yugoslavia, and also in US minor leagues.

It was when he returned to Jamaica that his daughter kept asking him what he wanted to do with his life.

So he did and she felt that Feel Fa was the name it should have. Smith went along it and the name has stuck. Despite the football, entertainment was always a part of Smith’s life.

“A group from KT planned that when we left in 1983, we would form a group and open clubs,” he laughed, noting that he actually started his entrepreneurial endeavours by promoting events.

Persons can rent Feel Fa on Wednesdays and Saturdays, catering to all types of events, from domino tournaments to pool parties.

Feel Fa Bar is actually now a franchise, with another outlet in Cross Roads, and another soon to be opened in Barbican.