My Confession: I beat my cheating partner to a pulp 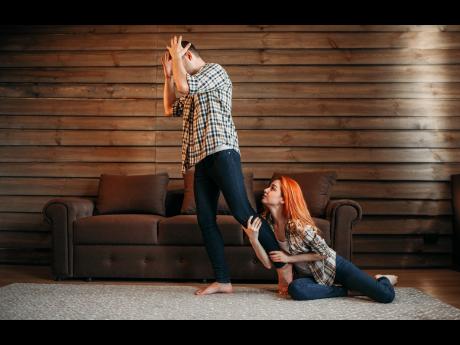 STAR, mi did have a man who works outside of Kingston.

So on regular occasions, he would disappear for all of two months, saying it was easier to stay close to where he worked.

I believed him, especially since he would send money home fortnightly. But I realised that something was wrong when I couldn’t get him in the nights for weeks.

Anyway, he finally came home, and as Mr Man reach, mi see the changes in him.

The man was almost 50 and he came home in the tightest of pants and was playing a bag of ‘young people’ music from his phone.

Him all start grow him hair, and when mi ask him if him a go through midlife crisis, him start cuss.

When mi look on his phone status, a him and a next girl mi see a pose, so mi ask him a who da gal deh, and him say is a female who him a link with. Turns out she was his new woman.

Mi take the lick and plan for him. Mi just wait till him a sleep and video call him girl and tell her say to keep her eyes on the phone screen.

Mi go in the kitchen for a bottle and just come mash it right in a him head.

Him frighten so till, all she start scream on the phone. Mi say, mi use one a mi boot and give him some lick deh. Him a try lick mi back, but mi done overpower him already.

Mi beat him till him start bawl out fi murder. When mi finally go look back on the phone, the girl was nowhere to be found. she all block mi.

Him end up call the police and tell dem say mi try kill him in his sleep, but after mi tell dem the entire story, a laugh dem laugh at him.