Call to the Bar: Winnaz Circle finding the winning formula 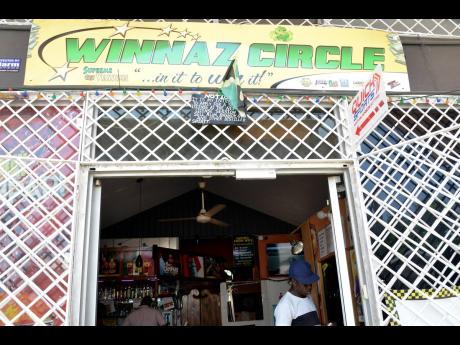 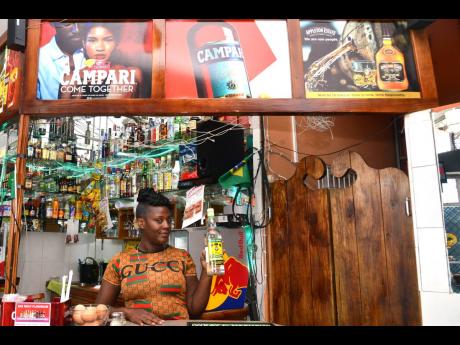 A well-stocked bar ensures that patrons have plenty of choices as they relax and watch a game or two. 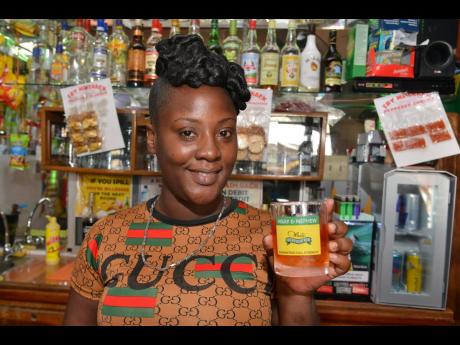 Latoya flashes a warm smile as she welcomes you to Winnaz Circle.
1
2
3

Red Hills Road is known for many things, from its place in Jamaica’s musical history (like the famous Park Lane), pan chicken vendors, and of course its watering holes.

A relative newcomer in the latter department is already holding its own on the popular roadway.

Winnaz Circle got going in late 2017, the brainchild of operator, who prefers to go by JB, and his associate Tanya Williams. JB will readily tell you what sets it apart from the rest.

“We stand out by creating a niche. It caters to people who love their sports,” he said.

From you set foot inside the immaculately tiled bar, it’s clear that he’s not exaggerating. Multiple televisions provide the patrons with ample opportunity to see every goal, every lofty six and every photo finish from the big race.

It’s opening was also timely, as by the time word began to spread about the bar, the 2018 FIFA World Cup rolled around.

JB admits that was part of the plan, to help catapult the bar to recognition.

Sports also actually played a big role in the venue’s name choice. JB, who is a bit of a sportsman himself, “wanted a name that was catchy”.

He took his cue from the winners’ enclosure at horse racing tracks, (plus a betting lounge being in close proximity) he thought Winnaz Circle hit the spot.

Plus, the bar attracts a circle of people “who you want to be around, people who are progressive. It’s like a diamond in the rough,” he said.

Latoya Thompson, one of the bartenders, said it has been quite the experience.

“This bar is unpredictable,” she laughed. “Friday is probably our best day, but even sometimes on a day like Tuesday here will be packed.”

She said that while the bar gets an ‘older’ crowd, it gets its fair share of ‘young bucks’.

“But even then they’re still ‘old’, because they are very mature,” she said.

Patrons also lick their fingers after sampling the bar’s ‘wedges and wings’ specials or enjoying the outside seating on a cool evening.

JB said that Winnaz Circle is his first business venture, and he is quite pleased with the progress.

“The customer base continues to improve and increase. They like the whole atmosphere, from the floor straight up,” he said.

Thinking ahead, he’s weighing the options of expanding the brand to an additional location. No reason to believe it won’t be a winner as well.