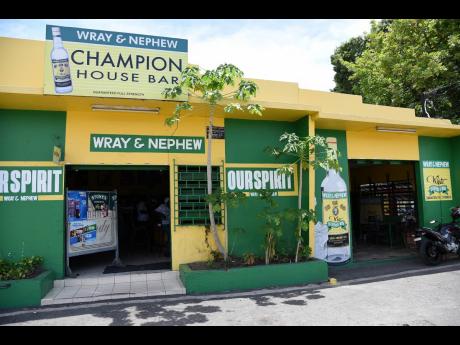 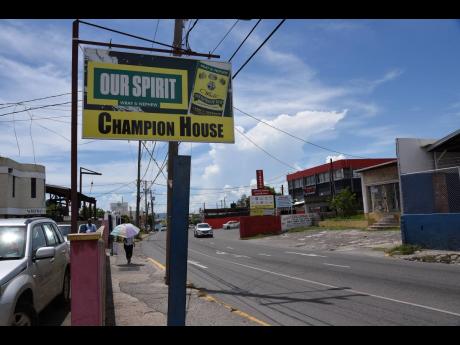 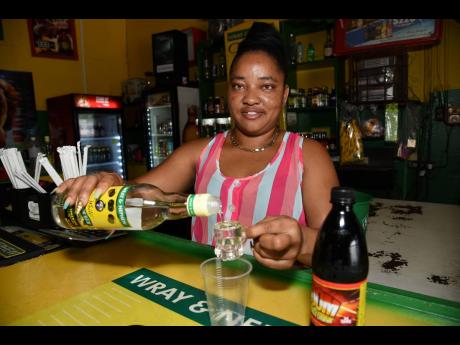 Bartender Rushie prepares a drink of rum and Boom.
1
2
3

There’s a saying that if it isn’t broke, don’t fix it, and that’s a formula that Carlton Young stuck to when it came to Champion House Bar.

The drink spot, located on popular Maxfield Avenue, is one of the oldest in the Corporate Area.

Young recalls that he heard the bar had been around for decades before he came on the scene in 1963 from his native St Catherine.

“You had a small bar down this side (Maxfield Avenue) with a billiard table,” he said. “But the bigger bar was up on Lyndhurst Road; the name was Champion House. But we moved it and carried it down this side.”

Young, who owns the property on which the bar is situated, explained that he bought it from his uncle. In fact, it was his relative’s work ethic that got Young interested in being an entrepreneur.

“My uncle was always a businessman – from grocery, bar, restaurant and other things. I grew up around him, so I know every little thing about those businesses,” he said.

His first taste of business was at Champion House, the Lyndhurst Road one, and he also operated a restaurant which also carried the Champion House name.

And even though the bar is currently managed on a daily basis by his business partner, Young isn’t shy to roll up sleeves and help out.

When questioned, he mulls aloud about why the bar has remained so popular over the years.

“I don’t know. Maybe it’s because our liquor is a little more reasonable. This is just my opinion, but I still believe that we are the cheapest bar in the area. People always love a bargain, if it’s even 10 cent less,” he laughed.

Parties hosted by the bar are reserved for special times like Christmas and at month’s end, where they whip up some soup for customers to go along with the liquor.

He pointed out that the bar attracts an older crowd – they are quite loyal and patient. Opening hours are at 10, but “If they come and it’s not open yet, just like how you see these chairs lined up outside, the guys will sit and wait,” Young laughed.

As for the products of choice, there’s a clear winner in Young’s mind.

“White rum can’t wrong,” he joked. “When I buy the stock I watch what goes fast.”