Check-Up: He’s worried about getting circumcised 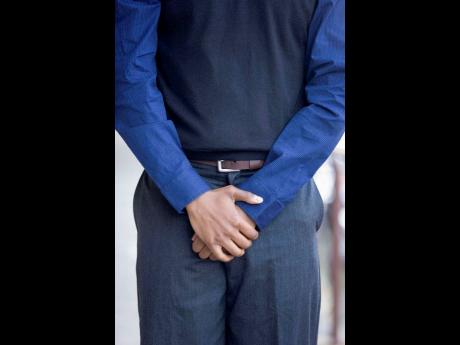 Kurt says he doesn’t have sex often because the skin over his penis is tight and easily becomes infected.

He’s heard of circumcision for babies but he’s not sure what it would mean for an adult man. He asks Check Up if the procedure would be very painful.

Kurt has described a condition called phimosis, which refers to tightness of the penile foreskin (the loose skin surrounding the penis).

Men can be born with a tight foreskin or develop one because of an infection occurring in the foreskin at any time.

The result is that the skin won’t retract away from the head of the penis to allow for adequate sex. It can even result in painful sex.

Circumcision is the procedure which surgeons do to remove this tight skin from around the penis and restore comfort and access to the head of the penis.

The penile foreskin is removed and the edges sutured with dissolving suture material. There are several men who undergo circumcision when they are children.

Jewish male children routinely undergo this procedure as a religious rite of passage. Some grown men also opt for it for reasons of cleanliness.

Statistics show that the circumcised male has less penile infections and is less likely to contract sexually transmitted infections or penile cancer. This is all about male hygiene.

If men are particular with washing their genitalia properly every day, including retracting (pulling back) and washing the foreskin and penis daily, then the difference in rates of infections or cancer tend to disappear.

Nevertheless, Kurt is now considering this procedure and is fearful of any associated pain. Having checked on this Kurt, it would seem that the procedure is associated with a mild to moderate discomfort only, and even over-the-counter painkillers are sufficient for use.

They may be needed for three to five days. Most men go home the same day of the surgery. The penis may appear a bit bruised for a couple of days.

A dressing will cover the sutured area and you should follow your surgeon’s instructions about when to remove it.

The underwear worn should be able to keep the penis upright which will help minimise any swelling. Most swelling is usually gone within a couple of weeks.

Sex is usually avoided for four to six weeks to ensure total healing.