My Confession: My ex-boyfriend was too violent in bed 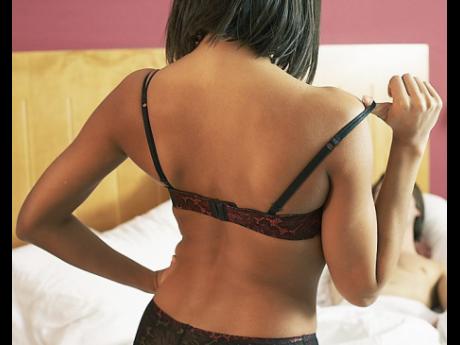 Mi say STAR, mi did have a man who was into a bag a freaky things, but it get too extreme and mi haffi lef’ him.

Is like we couldn’t have sex unless him shed mi blood. When we just met, we use to have regular sex, but I realised that he would lose his erection right in the middle of intercourse.

We started to watch ‘blues’, but I notice he was very selective with his choice. He would watch the ones where the men deal with the women really harsh and it used to bother me.

One night, he told me he wanted to try something new, and I was foolish to agree. Mi say STAR, him tie mi up and blindfold mi, and the next ting mi know mi feel smaddy start bite mi up on mi bottom.

Mi start scream out, but him just start bite harder like it a excite him more.

Afterwards, him start have sex with mi and is the hardest him ever feel inside a mi. Him remove mi blindfold and tell mi say him waan see tears a run down mi face, and would you believe say when mi never start cry the man start box mi up.

When him done, mi couldn’t lay on my back, plus my face was swollen.

Afterwards, him kiss mi and say it was the best sex he ever had and him drop right asleep.

Mi nah tell no lie, mi stay with him for about two months, until mi couldn’t take it anymore. Is like him couldn’t get turned on the right way.

We would be at home good and him just start an argument and while we a cuss, yuh just see him pants front start get high and him nah stop until we start fight and him bite mi up.