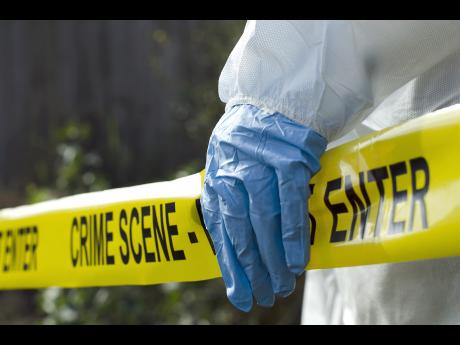 An investigation is currently under way to find the culprit(s) responsible for the murder of a female student of the University of Technology (UTech).

It is reported that the student was shot and killed during a robbery attempt along a section of Hope Boulevard in St Andrew last night.

The deceased person has been identified as 22-year-old Shanique Walters of Darlington Drive in Old Harbour, St Catherine.

It is said that Walters was walking in the upscale community with another young woman when a car drove up to them and a man demanded their personal belongings.

While her companion complied with the request of the criminals, it is said that Walters attempted to get away, running from the confrontation.

She was reportedly chased by the hoodlums, who shot her to death. She suffered shots to her upper body.

When THE STAR arrived at the scene at approximately 9 p.m., police personnel were observed combing the area for clues.

Several concerned residents milled around attempting to make sense of the incident.

"We've always had problems on this stretch," said one distressed resident, noting that he was robbed at knifepoint in his final year.

Another onlooker added that robberies are common in the area due to the poor lighting.

THE STAR understands that UTech and the police are offering counselling support for Walters' companion who was on the scene at the time of the incident.