Homosexuality is sinful but should not be criminal-Sandrea Falconer 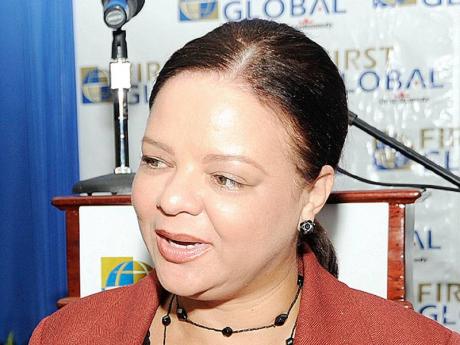 Former Information Minister, Sandrea Falconer, has said that while she agrees that homosexuality is 'sinful', the act, when done by consenting adults, should not be criminal.

"I may very well believe the practice of homosexuality is a sin because God made a man and a woman for a reason. However do I believe it should be criminalised as it is under the Buggery Law? My answer is an emphatic No," she wrote on her Facebook page.

This comes as she sought to bash the Adventist Church because of what she calls the "public lynching" of one of their own, Pastor Michael Harvey, who was condemned by his church and stripped of his role as a senior pastor at the Northern Caribbean University for appearing on a People's National Party (PNP) platform endorsing the party in January.

"Pastor (Dr Merrick) Walker and President (Everett) Brown, the bible also teaches about forgiveness and your church leadership continues to wage a battle against your own, Pastor Michael Harvey. Even though he has sought forgiveness for appearing on a PNP platform you continue to punish him and strip him of his livelihood and dignity," she wrote.

"If  'the sinful act of buggery' must remain a criminal act, should we treat all the other named sins in the bible such as adultery, fornication, and lying etc as criminal acts? Just my musings on this Easter Monday morning," she added.

The former minister in the previous PNP administration was referring to an article published in the Gleaner on Monday in which the named Adventist leaders urged the government to keep God in deliberations on buggery laws and say no to gays.

However, Falconer's statement did not go down well with some of her social media followers who thought she was defending homosexuality.

"Gays and lesbians are not to be tolerated. Flames on acts of Sadomity (sic). I agree with the church and as leaders unnnuh must stop fanning the flames of immorality," one follower commented.

But Falconer was resolute in her belief. "Gays and lesbians are people. We may not agree with their lifestyles but should we make criminals of them for that?" she asked.

"I believe homosexuality is a sin because God made man and woman. However, I believe when two consenting adults engage in homosexuality it does not rise to a criminal act," she added.

And Falconer was quick to point out that her views did not reflect that of the PNP or its president, Portia Simpson Miller.

In the lead up to the 2011 general elections Simpson Miller had promised a conscience vote in the Parliament on the retention of the buggery law if her party won. The PNP won the elections but the vote was never taken during the 2012-2016 term of office.

The Offences Against the Person Act criminalises acts of buggery.

According to Section 76 "Whosoever shall be convicted of the abominable crime of buggery, committed either with’ mankind or with any animal, shall be liable to be imprisoned and kept to hard labour for a term not exceeding ten years.'