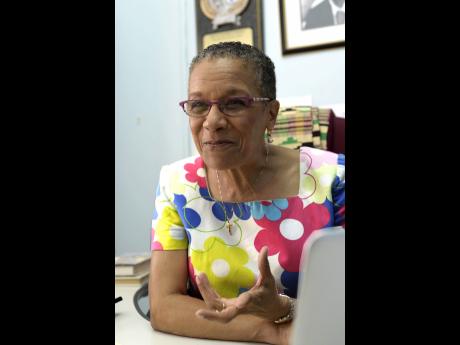 Veteran broadcaster, Fae Ellington only sought to endorse a Facebook post by her pastor, Astor Carlyle, but her tweet has been making the rounds on social media.

On Tuesday she tweeted: "#CNN Jamaica has pockets of violence. We are not generally known to get up with machine guns & walk into schools & theatres & shoot up people."

Her tweet was an excerpt from an original post made by pastor Carlyle of the Webster United Church.

"I want to counter the argument by the reporter from CNN. Jamaica is not a violent country. We have pockets of violence. We are not generally known to get up with machine guns and walk into schools and theatres and shoot up people," the post read.

"Generally we are loving people and a wonderful country with a couple rotten souls. We have a lot of work to do as a country but we are not generally violent. I take objection to that designation!!!" he continued.

This comes after CNN news anchor Ashleigh Banfield while reporting on the missionaries who were killed in Jamaica stated that the country was extraordinarily violent.

"Which is right. We no boom up place either," said one user.

But a number of persons are not in agreement with the tweet and have been stating their disappointment.

"I respectfully disagree with this mentality," one person commented.

"People lets not kid ourselves. Jamaica has a problem that needs to be fixed, not compared or defended; FIXED," another expressed.

One person even questioned the significance of the post.

"Disappointed by this post and these comments aren't we one of the most murderous countries in the world ?? Look at our crime rare that rise at alarming levels ??? Look at the gruesome murders ?? What satisfaction this post could really give us ??"