No gay leaders in Jamaica's churches 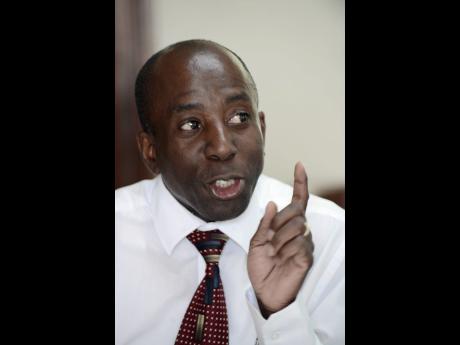 Recently, more than 100 influential Methodist ministers in the United States came out as lesbians, gays, bisexuals and transgenders, seeking to change the church’s rules to accommodate their alternate lifestyles.
The gay ministers penned an open letter to the United Methodist Church citing their frustration with the church rules, which prevents them from holding their leadership positions in the church while practising homosexuality.
However, religious leaders in Jamaica remain unfazed by the petition, and hold firm to their belief that persons who identify as homosexuals should not be allowed to gain or maintain leadership positions in the island’s churches.
Reverend George Murrain, superintendent minister of Providence Methodist Church in St Andrew, told THE STAR he is fully aware that there are homosexuals in Jamaica’s churches, but they will not be allowed to have leadership positions. “Our stance on it as Methodists in the Caribbean is that homosexuality is incompatible with biblical teachings, so, if a person openly says he or she is gay or lesbian, we will resist giving them a leadership position,” he said. “We have to celebrate the gifts of homosexuals because there are a number of homosexuals in the church who are gifted musically and otherwise, but where the leadership of the church is concerned, that’s where we tend to draw the line.”
SEXUALITY
In the event that there is a homosexual in a leadership position in the church, Reverend Murrain advises that they keep their sexuality under wraps. “Stick to the mandate which has been given by Christ. You baptise, you teach, but you do not convert persons to your way of thinking or your way of living. Don’t try to convert anybody to be gay and lesbian,” He said.
He explained that the issue of homosexuality is extremely troublesome for the church because there are those who contend that they were born gay, while others are adamant that it is a choice one takes to become gay. To reconcile this discrepancy, Reverend Murrain looks to the Bible. “We try to encourage them to see what we believe to be biblically sound, which is a healthy relationship between a man and a woman is what we want to advocate,” he said.
Echoing similar sentiments is Reverend Gary Harriott, general secretary of the Jamaica Council of Churches, who said the issue of having homosexual leaders is against the policy of all churches in Jamaica. “My personal view is that every human being is to be respected, no matter what. But I share the view of the Jamaica Council of Churches that God’s will is for sexuality to be experienced between males and females,” he said. “It would be difficult for persons in Jamaica to come out as a gay clergy member and expect to be acknowledged and get affirmation because it’s not just the church; the society in general does not accept the lifestyle.”
For persons within the clergy who are struggling with their sexuality and leadership role, Reverent Harriott suggests they move to a society which accepts their lifestyle, or simply become celibate.