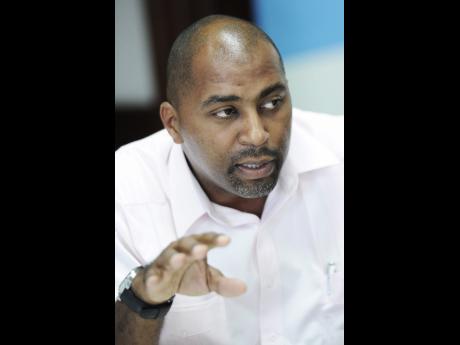 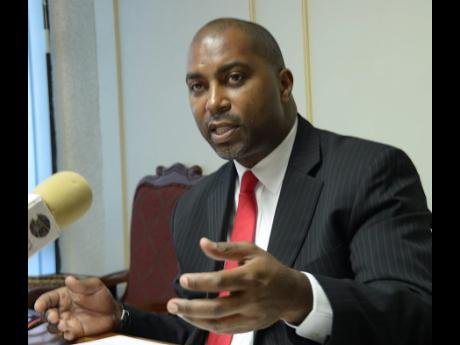 The People's National Party's (PNP) Julian Robinson has confirmed that he and his wife, Mariame McIntosh Robinson, are in the process of purchasing a multimillion-dollar house.

The admission by the St Andrew South Eastern Member of Parliament comes amid renewed attention on Prime Minister Andrew Holness' purchase of properties.

Robinson told THE WEEKEND STAR yesterday that questions that are being asked about the transaction, which is not supported by a mortage, may be fuelled by 'bad mind'. He denied that the mansion has a $90-million price tag but admitted it costs more than $70 million.

Holness has said it cost him and his wife in the region of $52 million to construct their house in Beverley Hills, St Andrew.

"I haven't bought a house. I am in the process, I have made a deposit on it, I don't think I am obligated to disclose the price tag. It is not what those persons are claiming it to be, but as I say, all of my sources of income are easily, and can be clearly, identified," Robinson said.

Robinson, a deputy general secretary in the opposition party, said yesterday that there are whispers within the PNP that the party has not been able to apply pressure on Holness because of his purchase are a result of jealousy. He, said, too that he is not the sole determinant of the PNP's policies on how it approaches the issue of Holness' real estate purchases.

"I just think it's a lot of bad mind, because nobody can point to any activity with me that is illegal or nefarious," charged Robinson.

According to Robinson, in his four years as a state minister, he has consistently made his integrity declarations to the Integrity Commission, as required by law.

"My wife also makes her declarations, so if persons want to know the source of my funding, it is there for persons to access," the second-term MP said.

"Because I choose to live a private life and drive a Toyota Rav4, people decide that I can't afford the deposit," he said.

Robinson, who holds a Master of Business Administration from the University of Illinois, told THE WEEKEND STAR that he worked in London and later in the private sector in Jamaica for some 20 years before entering representational politics in 2011.

"I worked, saved and invested for over 20 years, plus my wife is the CEO of First Global Bank, and we got support from my family," said Robinson, who is widely viewed as a future leader of the once-socialist party.

Robinson said that those persons within his party should approach him with their queries about his assets.

"I am an open book, and I would have much preferred they came to me instead of going to the media," said Robinson.

The PNP MP said he and his wife have not taken out a mortgage to buy the house "but we are getting support from our parents".

"This notion that because I have only been involved in politics for four years means that I don't, and my family don't, have any capacity to do this is nonsense," Robinson said.