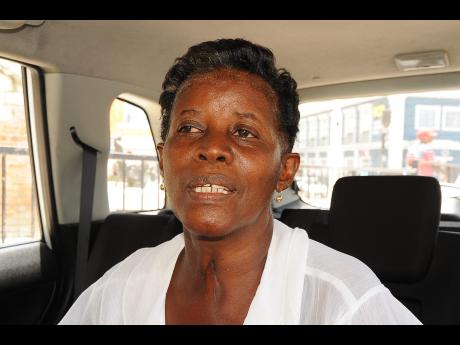 Sixty-one-year old Hermine Shaw has raised all her three children and grandchildren on income generated mostly from working as a food vendor for all of Reggae Sumfest 23 years in existence.

And she has no plans to slow down.

Shaw's homestyle cooking has been a mainstay, holding down booth number eight, which she says she has literally come to own.

"I'm hoping that they give me that booth again because every year that is the booth I work from, and it's a lucky number for me," Shaw said.

"Working as food vendor at Sumfest is a great thing for me. I raised my children from it and maintain my grandchildren through it, and I am very happy that I am part of the whole show in a way," she said.

But, according to Shaw, the event has changed. She said not enough money is being made, prompting her son to be asking her to stay away this year.

But she insists she has too much of the Sumfest blood running through veins to submit to his request.

"I schooled my children because I worked at Sumfest; I also sent my grandchildren to school out of Sumfest. How can I just walk away from it?" Shaw asked.

"I love the show very much and the patrons are always looking out for my homestyle cooking," she said.

Shaw said being part of the event's 23 years is like attending a big family reunion, full of excitement and of great expectations, adding that this year's 24th staging will be a little different, but still a worthwhile calling card to warrant her participation.

"Although I am not an official of Reggae Sumfest, I feel that I am part of its success too because of my long association with it. My family and I are grateful for the opportunities it brings."

"Some people say Reggae Sumfest is the biggest Reggae Show on Earth, but for me, it's my biggest time of the year. I look forward each and every year at around this time to renew my food handlers' licence just for this event. It is a big show," explains Shaw.