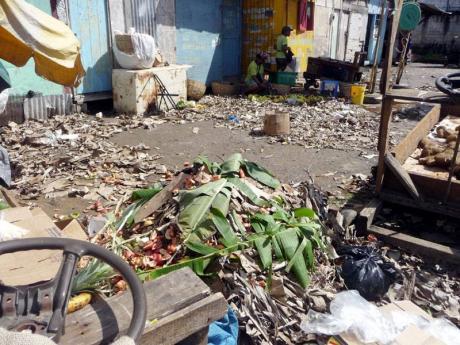 The report was released at the launch of 2016 International Coastal Cleanup (ICC) Day Jamaica activities, at the Montego Bay Convention Centre in Rose Hall, St James this morning.

The SGRP and ICC Jamaica activities are being delivered by JET with funding by the Tourism Enhancement Fund (TEF) under the Clean Coasts Project (CCP). The annual ICC event which has been co-ordinated in Jamaica by JET since 2008, is scheduled to take place on September 17 this year.

The launch event included a bus tour of the South Gully and its environs in Montego Bay, giving a first-hand look at how poor solid waste management has affected the town and its marine environment.

“The challenges with solid waste in the South Gully and Montego Bay can be seen replicated across Jamaica and even beyond our shores,” said Diana McCaulay, JET’s CEO. “The garbage we throw away carelessly on land not only has a direct impact on public health, but travels to the coast via gullies and other waterways washing up on beaches and impacting tourism and fisheries.”

“JET tries to raise awareness about this issue through our co-ordination of International Coastal Cleanup Day; so it was only fitting to launch the South Gully research findings as we kick off our 2016 ICC activities.”