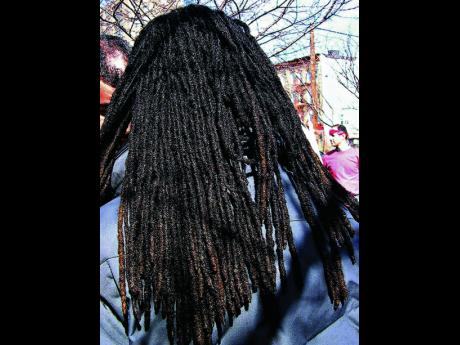 A Rastafarian man who was employed as a tour bus driver for a popular company is crying foul, after he was fired for refusing to trim his locks.
Greg Campbell, who converted to the faith over a year ago, told THE STAR that highly competent and qualified Rastafarians are still facing discrimination, and he wants it to end. “I would want people to see and know that discrimination against Rasta is still going on. Dem thing yah fi cut out yah now. Entities need fi wake up and realise say it’s not just ‘bald head’ can perform duties,” Campbell said.
He explained that he was employed to the tour bus company for almost a month, and never received any complaints about his performance, but his employment was suddenly terminated three weeks ago, when he refused to trim his roughly four-inch locks.
Continue driving
Campbell said he was called into a meeting with the manager, who advised him that the hotel company which contracted the tour bus service, wants him to trim, and he would not be allowed to continue driving until he complies. “He [the manager] asked if I’m going to trim, I said, ‘No! Mi nah go trim none at all,” Campbell said, adding that he was dismissed after that meeting.
Campbell, who has over seven years experience driving professionally, said the sudden termination has left him puzzled. “Mi affi wonder to myself if a no God make me with me hair pon me head. If him neva want it fi grow, him wouldn’t allow it to grow. So me a wonda why the ridicule,” Campbell reasoned.
No problems
He said the request to trim his locks came as a surprise to him because he was employed to the company as a Rastafarian. “At that time when the manager saw me, I had the beard on my jaw, it was really rough. So he said, ‘Probably you need to just clean it up little bit, you can still keep your hair on your head, just clean up yourself and make your face look presentable,” he said.
Campbell complied with the requests and reported for duty daily. His employers had no problems with his conduct. Now, the unemployed Campbell said the situation is taking a toll on him because he has a baby on the way, which he needs to provide for.
“From other day me deh yah a hunt a job. Mi affi come out a me yawd and walk inna Ochi although me no really know the town, and a ask people fi a job. Mi come in like a beggar on the streets,” Campbell said.
Religious affiliation
When THE STAR contacted the manager of the tour bus company, he confirmed that Campbell was dismissed, but declined to comment on whether it was because of his religious affiliation. “I told him that him must groom himself. Dem just want to dress anyhow and come to work,” the manager said.
Danny Roberts, who heads the Hugh Lawson Shearer Trade Union Education Institute, told THE STAR that Campbell has a solid case of unjustifiable termination against his former employer. “His right to express his religious beliefs obviously has been violated. It is a breach of the constitution. He has a very good case, which he can take to the Ministry of Labour, if he doesn’t want to take it to court,” Roberts explained.
“Discrimination against one person, represents discrimination against all persons, whatever the reasons maybe.”