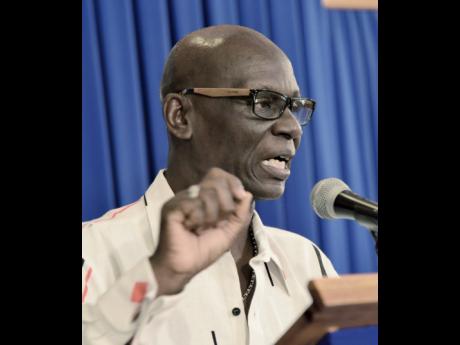 Desmond McKenzie, the minister with responsibility for disaster preparedness, is urging Jamaicans to pay attention to the storm warnings because he is certain the country will be impacted by Tropical Storm Matthew.

Tropical Storm Matthew, which is currently battering the eastern Caribbean, is expected to become a hurricane by tomorrow. It is also projected to hit Jamaica by 8 a.m. on Monday.

As the system continues to gain strength, McKenzie is pleading with Jamaicans to take precautions.

"The country must understand and recognise that there has to be a responsive role by every single Jamaican, and so whenever the instructions come, whatever the instructions are, we are expecting that people are going to fully comply with them," McKenzie told STAR Online.