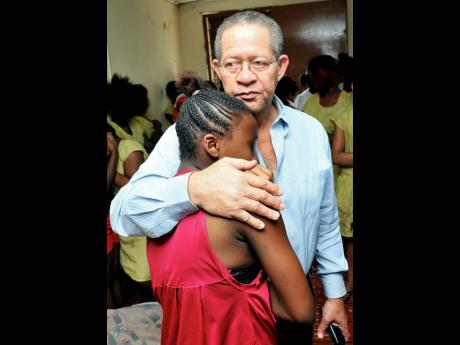 Then Prime Minister Bruce Golding comforts Renae Richards at Armadale Juvenile Correctional Centre in St Ann days five girls were burnt to death in May 2009 at the home. Richards was 14 years old at the time. 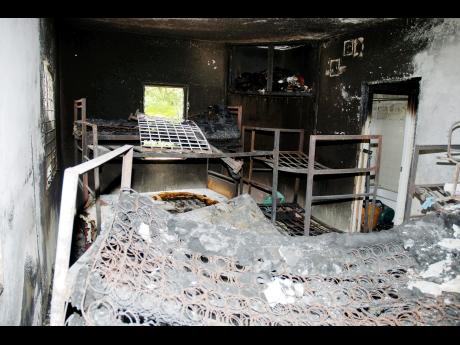 The burnt out room at the Armadale Juvenile Correctional Centre in St Ann where five wards were killed in May 2009. Another two died subsequently as a result of their injuries. 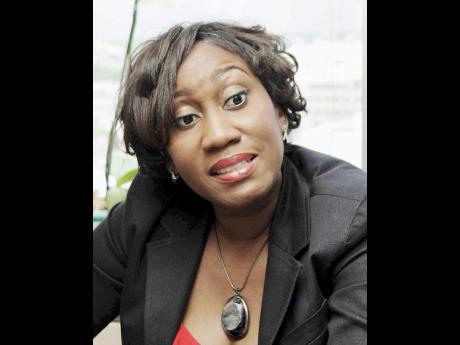 An award of more than $20 million in damages has been made to six girls who were housed at the Armadale Juvenile Correctional Centre that was destroyed by fire on May 22, 2009.

Seven girls perished in a fire at a juvenile correctional facility which is located in Alexandria, St Ann, and the State has already started to pay over money to some of girls who were injured in the incident.

Yesterday, the Attorney General's chambers yesterday agreed to settle a lawsuit brought by the Office of the Children's Advocate on behalf of six girls who received no physical injury in the fire. A portion of the money will also be spent on psychological treatment for the girls.

"We are still doing the calculations in terms of the specific amounts that they will get, but we are satisfied with the awards that were given," Children's Advocate Diahann Gordon Harrison told THE STAR yesterday.

Judgement in favour of the claimants was on the basis of breaches of their constitutional rights, and negligence on the part of those responsible for their care and supervision. The claimants were also compensated for aggravated damages that is to say for the injury to their self-esteem, feelings, and dignity.

Gordon Harrison noted that the Government had previously said it would not entertain the Office of the Children's Advocate in relation to the cases of the six girls because they were not physically injured in the fire.

In the Supreme Court yesterday, presided over by Justice Kirk Anderson, judgments were entered in favour of all the claimants named, with the consent of the government lawyers at the Attorney-General's Chambers.

"It is massively huge. There is always an easier task when you have to prove and claim damages for persons who have been physically injured," Gordon Harrison said.

"When you are talking about non-tangible things such as breach of the girls rights to be held in a humane set of circumstance; breach of duty by the State to care for children who are wards of the state when placed in their custody. When you are talking about things such as the conditions in which girls who are in correctional facilities are held and the whole psychological component, it is huge for us in this country," she added.

The cause of the fire and the operations at the facility later became the subject of a commission of enquiry, chaired by former president of the Court of Appeal, Justice Paul Harrison. The commission of enquiry into the incident found that a range of professionals, including senior government officials, warders, and the police failed to carry out their tasks adequately.