Family of boy killed by boulder to get assistance 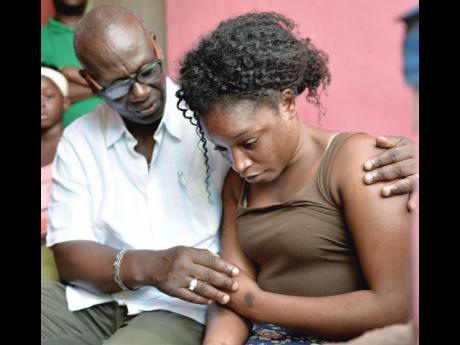 The Government will be providing support to the family of 12-year-old Raheem Davey of Broadgate, St Mary, who died when boulders crashed into his home last Friday.

His eight-year-old twin sisters were injured in the incident. One of the girls has been admitted to the Bustamante Hospital for Children in Kingston, where she is in critical condition, while the other has been released from hospital. Local Government and Community Development Minister, Desmond McKenzie, gave the commitment to Raheem's mother, Charmaine Newell, when he and other Ministry representatives visited the area on Tuesday. He said the Ministry will pay for the funeral and other associated expenses. McKenzie said he and Labour and Social Security Minister, Shahine Robinson, have discussed the provision of additional support to the family.

A welfare subcommittee comprising public and private sector stakeholders from the parish has already provided the family with some basic necessities.

This followed a preliminary assessment conducted by the parish disaster coordinator along with representatives of the Labour and Social Security Ministry, Child Development Agency and Jamaica Constabulary Force. Newell's house was destroyed by the boulders. She and her daughter who has been released from hospital, are staying with relatives at a house on the same premises. The distraught mother told McKenzie that her other daughter is being aided by a ventilator, unable to breathe on her own. Newell travels to the hospital daily to visit her, and McKenzie pledged to provide some assistance in this regard.

"I am really at a loss for words. The devastation of the location and the fact that a 12-year-old has lost his life is very unfortunate and very sad. We are hoping... through the doctors and with God's help, (that) the child will overcome and will be able to breathe normally," McKenzie added.