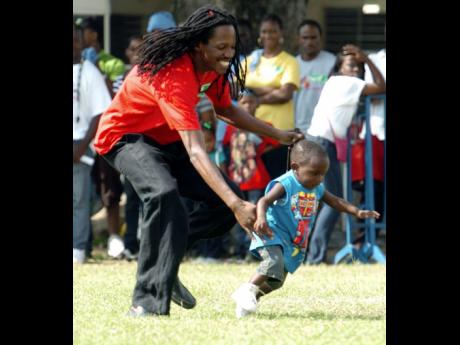 Damion Crawford plays with a small boy in this 2010 photo. 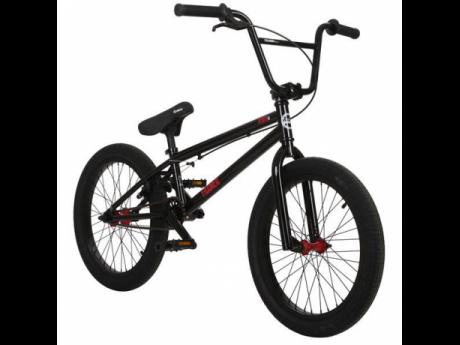 For the former St Andrew East Rural member of parliament, Christmas provides an opportunity for adults to give children something they've always longed for.

It was, therefore, not surprising when Damion Crawford told THE WEEKEND STAR that one of his most memorable Christmas holidays was the year when his father gifted him a brand new black BMX bicycle.

"Every single boy that existed in the '80s and '90s wanted a BMX bicycle and I was the only youth who had one on my lane, so everybody had beg me a ride," Crawford said.

BMX bicycles are among the world's most popular and are specially designed for off-road racing and stunt riding.

Though he knew having such a toy made him special, Crawford said he shared his gift with his friends who resided in his community in the Waltham Park Road area. But though his gift was made to withstand stunts, crashes and accidents typical of young boys, it didn't last very long.

"Everybody rode that bicycle. And then you started trying some stunts and it drop, and stuff like that. We had a little problem where some of my friends were down the lane and some were up the lane, so you would just ride down and give someone else a chance and they would ride up the lane and hand it over to someone else," Crawford said between chuckles.

He believes it is not difficult to make children happy at Christmas time and adds that he ensures he does this for many children during the festive season.

"I have about eleven godchildren and [at] Christmas time me just go buy a whole heap of gifts or send someone to buy them. Whatever you give children at Christmas time they will like it, at least for the day. Don't be like some wicked people who gave them books, because you have over three hundred other days in the year to do that. Give them something else they want that they will remember," Crawford said.