Use Christmas to transform MoBay - McKenzie 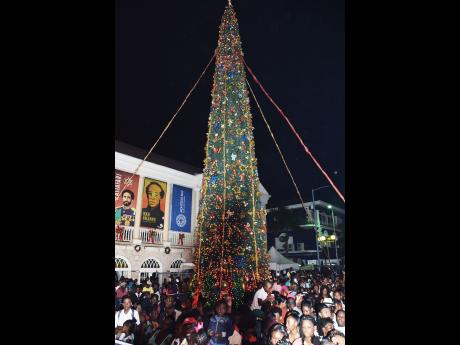 Minister of Local Government and Community Development, Desmond McKenzie, has urged citizens of Montego Bay to use the Christmas season to begin a process aimed at transforming the city into a place of unity, hope, and love.

He made the appeal at the St James Municipal Corporation's Tree-Lighting Ceremony held in Sam Sharpe Square earlier this week.

"Let this tree be a symbol of change, a symbol of hope. Let it be the light that will shine in the very dark corners of your beautiful city ... I want you to strengthen that argument by uniting as one family ... to change the face of Montego Bay," McKenzie said.

He urged the municipal corporation to work to improve the conditions of the city and its environs.

Meanwhile, Montego Bay's Mayor, Councillor Homer Davis, said the parish of St James is to see major improvements that will benefit every citizen.

Davis said he will be having regular stakeholders meetings to ensure that the development of St James takes place under a partnership between the leaders and the residents.