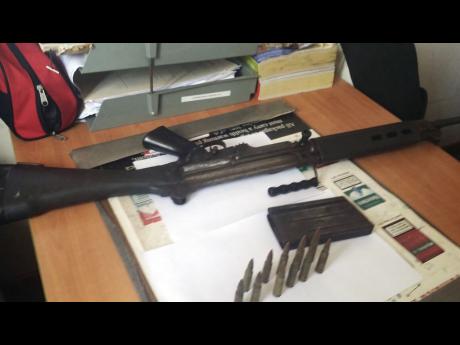 The Clarendon police yesterday morning seized a high-powered weapon in the Farm area of Effortville in Clarendon, a known hotspot that has been grappling with high levels of crime due to a flare-up in gang violence recently.

A Falcon 7.62 rifle with 11 live rounds was recovered during a joint police military operation in the area.

The police say they spotted two men, one armed with a rifle.

Upon seeing the police, the men ran leaving the weapon behind. The police gave chase and both men held and taken to the May Pen Police Station.

They are expected to be charged soon.

Their names have been withheld pending further investigations.