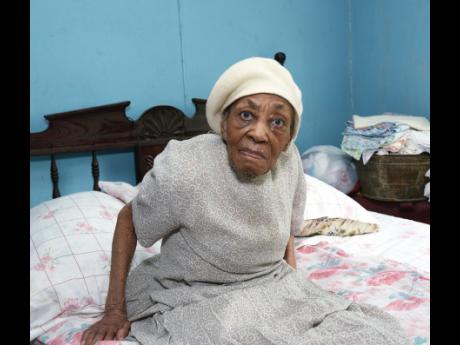 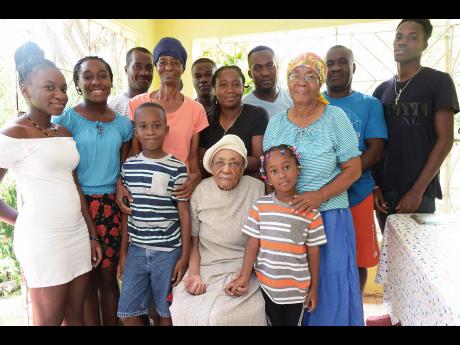 At 101 years old, Alice Johnson, affectionately called 'Teacher', still commands great respect in her rural Top Hill, St Catherine, community where she is credited as the founder of the first basic school in the area.

"Me used to teach them ABC and so on," Johnson, who was born on September 2, 1915, said as THE STAR asked her to share memories of her teaching days.

One of her many grandchildren, Barrington Chambers, told our news team that his grandmother taught him at school and that she is still revered as one of the best in the area.

"She was a loving teacher, and she help out in every situation. She hold the children them hands that couldn't write and help them to write. She take care of them, and if them mess up themselves, she wash them off and change them clothes. They said she was the best," Chambers said.

The first of Johnson's five children, Inez Chambers, told THE STAR that her mother started the basic school many years ago when there was no such institution in the community, and she remained active up until about 20 years ago. The school is now defunct, but Johnson's legacy lives on.

"Whenever her church sisters come to pray for her, she get up and sing the song them same way. Sometimes the head goes, though, where she nuh remember," Inez told THE STAR, while noting that her mother did not suffer from any other serious aliment.

Johnson is cared for by her daughter, Linda McKenzie, and granddaughter, Claudia Chambers.

They gathered on Johnson's veranda and decided to sing one of her favourite songs, Jesus Loves Me. The rosy centenarian not only joined in, but took the lead, belting out verses that the young ones stumbled on.