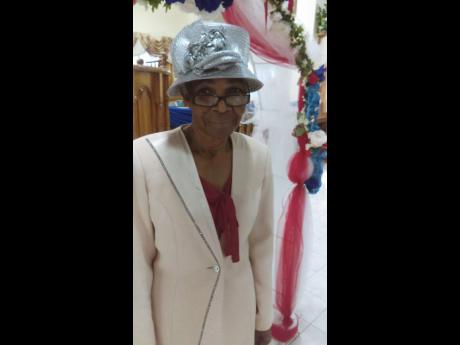 One Manchester family has embarked upon a multi-parish search in the hope of locating their elderly relative, Adlin Chambers, who has been missing since last Friday.

Adlin, who has been battling with dementia for the past four years, is theorised to have wandered away from home.

Her family members are offering a $100,000 reward for information on her whereabouts.

The 74-year-old mother of nine from Dunsinane district in Hatfield, Mandeville, was last seen sleeping at home around noon.

Her daughter, Shauna Chambers, told THE STAR that Adlin's disappearance has taken a toll on the entire family. Chambers said her mother sometimes wanders off to visit her son who lives nearby, but she has never gone missing for such an extended period.

"We're not taking it well. My father doesn't really talk, so I don't know what he's feeling inside, but nobody has eaten properly since Friday. Everybody is just up and down," she said.

Nonetheless, she said she believes her mother is alive but just having difficulties finding her way back home.

"We are just out in different groups. My brother and about six other people are still in Mandeville, and we have a little minibus with about 10 to 12 of us. We are in Gutters, St Elizabeth,

putting up some pictures, so we are going to Santa Cruz now," Chambers said Tuesday.

They have already covered communities such as Porus, Christiana, May Pen, Spaldings and Newport.

She said people have been calling in with tips, but all have proven futile.

She said the family has also been considering offering a reward for information that could help them locate her mother.