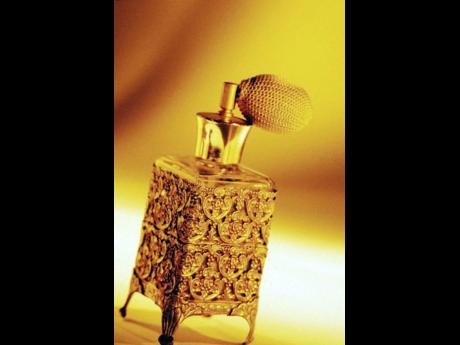 A man who admitted to beating his lover in her head with a perfume bottle narrowly escaped a $50,000 fine or four months in prison, after his battered lover begged the judge to have mercy on him when they appeared in the Kingston and St Andrew Parish Court yesterday.

Ricardo Simmonds, a 36-year-old father of three daughters and a son, is accused of using a perfume bottle to bludgeon his lover in her head, and using a piece of board to hit her on her foot. He was arrested and charged with assault occasioning bodily harm.

In court, Simmonds pleaded guilty to the charge, saying he used the perfume bottle to beat his woman, but denied using a board on her. He further told the court that he had an explanation for what transpired on the day in question.

"It was just a little dispute we have. It's something wah just get outta hand," Simmonds told Presiding Judge Chester Crooks.

Upon hearing the explanation, Crooks asked Simmonds if he has any children with his battered lover, and he responded saying, "Ask her". The complainant said she does not have any children for him, and that they do not live together.

Crooks then handed down a $50,000 fine with an alternate of four moths in prison. However, Simmonds started begging for extra time to pay, saying he only brought $5,000 with him.

Crooks responded, "That's all you brought today? So, you are saying hitting her with a perfume bottle is worth $5,000? The perfume bottle is hard and could shatter or crack her skull. There are consequences for hitting people, especially a female. You have three daughters and a son, is that what you are teaching them?"

Simmonds then began to lament that he has to do back-to-school shopping for his kids, and it will be extremely difficult for him to come up with the funds in short order.

Crooks then turned to the complainant and asked what she wants to be done to him. The woman then begged the judge to have mercy.

"Give him a break. As him say, him have him kids to take care of and he is a good father," she said.

Crooks then ordered Simmonds to apologise to his lover and to thank her for persuading the judge to have leniency.

The judge then ordered that Simmonds be put on one-year probation, meaning that he will serve a mandatory prison sentence if he gets in trouble with the law within a year.0