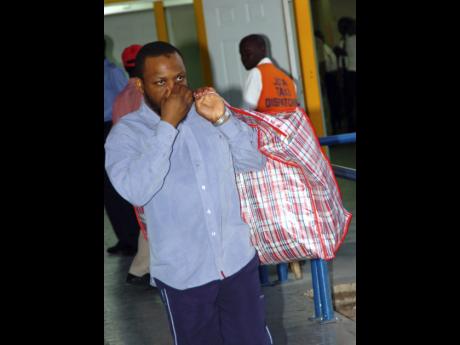 Jamaican-born Muslim cleric Abdullah el-Faisal at the Norman Manley International Airport in Kingston in May 2007 after being deported from the United Kingdom. 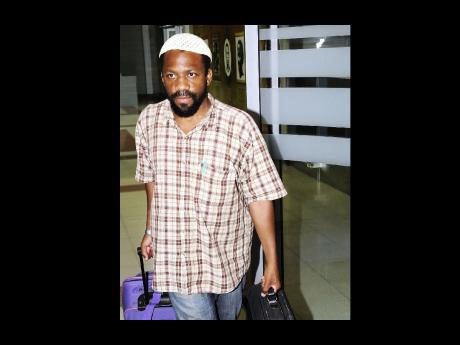 An informant, who sought to help the Federal Bureau of Investigations (FBI) in the United States establish that Sheikh Abdullah el-Faisal was involved in terrorism, says Jamaicans should be happy about the arrest of the Muslim cleric.

Jesse Morton, formerly Younus Abdullah Muhammad, said he was an associate of el-Faisal, who he argued espouses an ideology which is very dangerous.

Morton told THE STAR that after he was released from prison in March 2015, nobody in the Jihad community realised that he had changed his views, and he spent time trying to help the FBI catch Jihadists.

"I was working with law-enforcement to try and make amends for some of the wrongs that I have committed and I communicated with Sheikh Faisal up until Christmas of 2015," he said.

El-Faisal was on Friday arrested by members of the Counter Terrorism and Organised Crime Branch of the Jamaica Constabulary Force on an extradition warrant in Kingston.

"I was relieved when I read of Abdullah Faisal's indictment on August 25th, 2017. I can only imagine the difficulties it took to get Faisal to reveal his connections abroad. This is because I know the layers of protection it takes to get to Faisal himself," Morton said.

According to the Ministry of National Security, el-Faisal was taken to his home in St Catherine where a search warrant was executed.

He appeared in the Kingston and St Andrew Parish Court yesterday but his matter was not heard because the case file was not ready. It is alleged that he was attempting to help recruit fighters for ISIS. El-Faisal, born Trevor William Forrest, is a Muslim cleric who preached in the United Kingdom until he was convicted of stirring up racial hatred.

"I am not the informant on the case ... But I did work for a period of time to try to infiltrate the network," he said.

Despite holding the view that el-Faisal is a dangerous man, Morton feels he is not a threat to Jamaica.

"In his ideology, Jamaica does not participate in the coalition against ISIS because they are not involved through money or providing weaponry, or in any way, shape or form, el-Faisal would consider it impermissible to attack in Jamaica," Morton said.

He said that Jamaicans were not the target of his preaching. He said that el-Faisal was more concerned about the number of churches in Jamaica and suggested that if Jamaicans "fell into Islam and the preaching of Abdullah el-Faisal he could have had a very haphazard circumstance on their life as well".