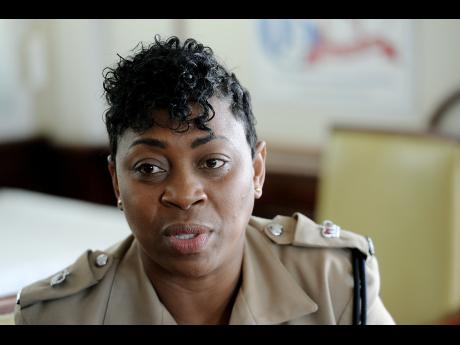 Vere Technical High School has been left in shock following news that one of their sixth form students was shot in the head at her home in Clarendon on Saturday night, and her father was killed in the same incident.

The student, Suene Riley, and her father, Jimmy Riley, a 51-year-old electrical contractor of Nineteen Miles, Clarendon, were reportedly attacked some time after 7 p.m.

Principal at Vere Technical, Rose-Marie Logan, said Suene is a very pleasant, promising, helpful and committed student. She descried news of the incident as a terrible tragedy which will shake the entire school community, including students, staff, and parents alike.

"We are just praying that Suene pulls through this. We have been calling up a lot of persons to help us to pray for her. The area as you know has been riddled with crime, and violence in recent times and it's sad when our children have to be caught up in situations like these. It's really a terrible tragedy for us right now because Suene is such a promising student," Logan said.

She added: "It's hard for me to express how I'm feeling because it was just last week the school was just celebrating the success of our CAPE and CSEC students. We did a publication just to congratulate our children on the good work they are doing, and then to hear this news. But we are not daunted. We know the God that we serve and we are praying and we are just asking God to give us the strength to deal with this. We are hoping for the best for Suene."

In the meantime, she said she has contacted the Ministry of Education which should provide counselling for the school today.

Reports from Superintendent Stephanie Lindsay, who heads the Police's Corporate Communications Unit, are that the Rileys were at home, when the father went to the grille to talk to someone on the outside. The person reportedly opened fire hitting him several times in the head and upper body.

It is theorised that Suene was standing behind a door when one of the bullets penetrated the door and hit her in the head.

Residents heard the explosions and called the police, however, the police had difficulties getting beyond the locked grille and had to seek assistance from the fire department to gain entry.

Riley was pronounced dead at hospital, while Suene had to undergo emergency surgery. She is still in serious condition. If she pulls through, she will be an orphan as Lindsay said her mother died some time ago.